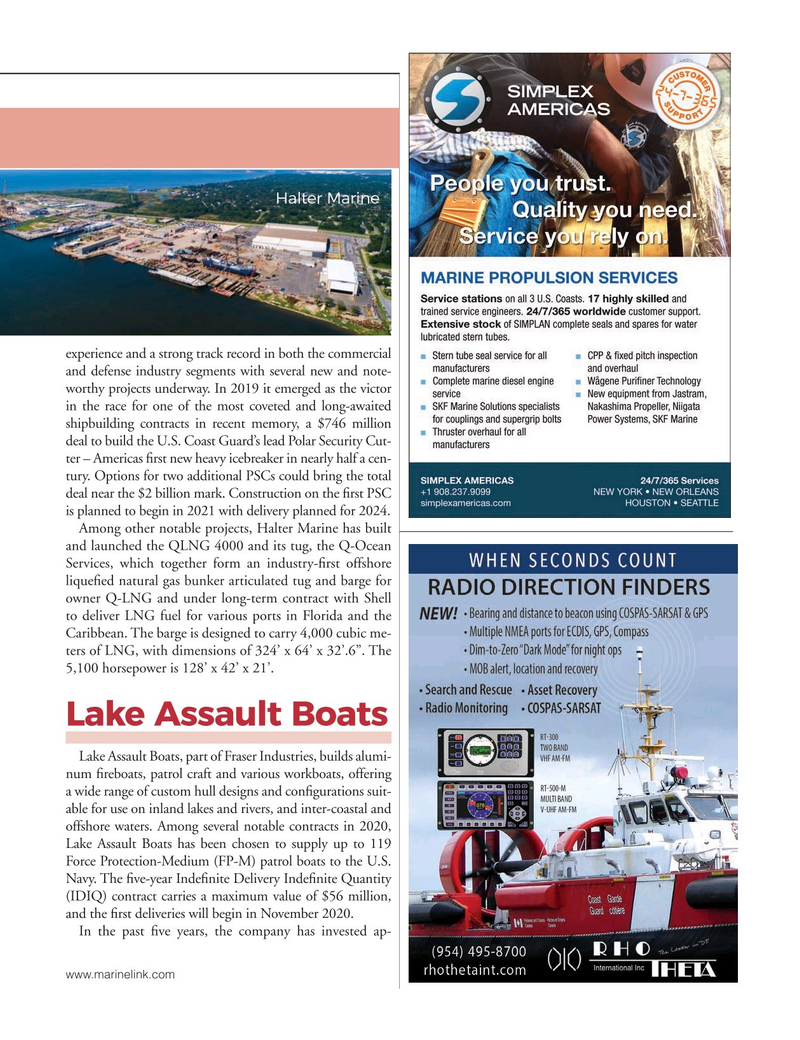 Halter Marine experience and a strong track record in both the commercial and defense industry segments with several new and note- worthy projects underway. In 2019 it emerged as the victor in the race for one of the most coveted and long-awaited shipbuilding contracts in recent memory, a $746 million deal to build the U.S. Coast Guard’s lead Polar Security Cut- ter – Americas ? rst new heavy icebreaker in nearly half a cen- tury. Options for two additional PSCs could bring the total deal near the $2 billion mark. Construction on the ? rst PSC is planned to begin in 2021 with delivery planned for 2024.

Among other notable projects, Halter Marine has built and launched the QLNG 4000 and its tug, the Q-Ocean

Services, which together form an industry-? rst offshore lique? ed natural gas bunker articulated tug and barge for owner Q-LNG and under long-term contract with Shell to deliver LNG fuel for various ports in Florida and the

Lake Assault Boats has been chosen to supply up to 119

In the past ? ve years, the company has invested ap- www.marinelink.com