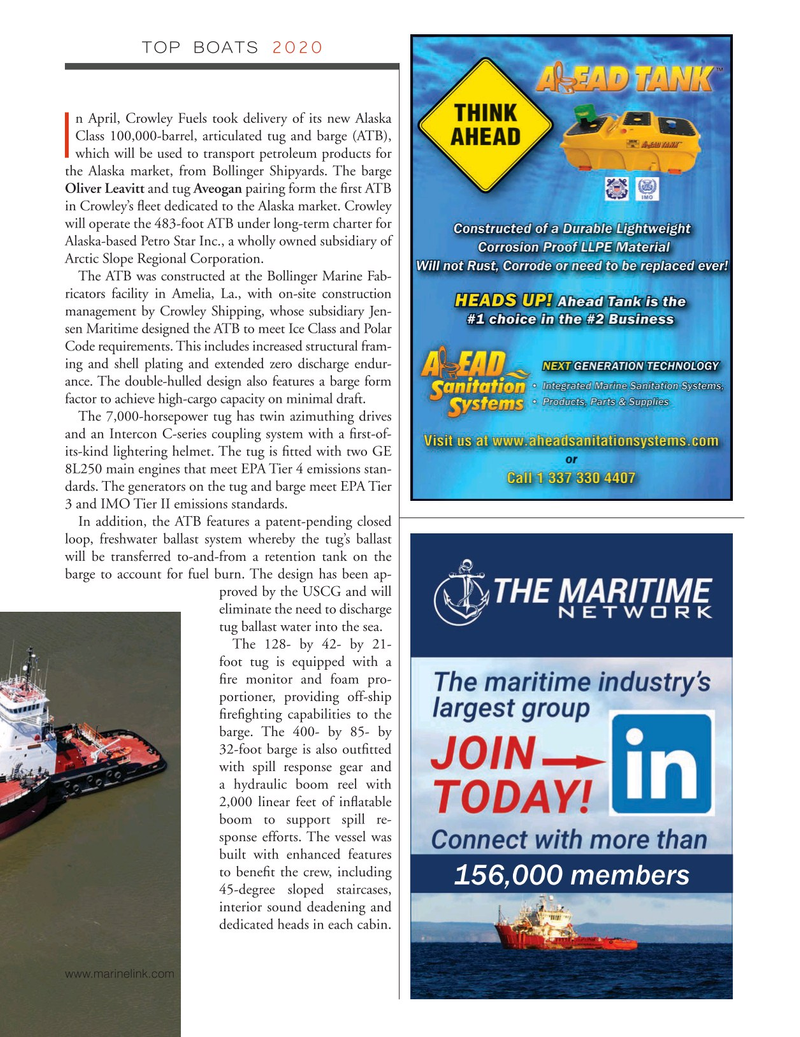 Class 100,000-barrel, articulated tug and barge (ATB), which will be used to transport petroleum products for

I the Alaska market, from Bollinger Shipyards. The barge

Oliver Leavitt and tug Aveogan pairing form the ? rst ATB in Crowley’s ? eet dedicated to the Alaska market. Crowley will operate the 483-foot ATB under long-term charter for

The ATB was constructed at the Bollinger Marine Fab- ricators facility in Amelia, La., with on-site construction management by Crowley Shipping, whose subsidiary Jen- sen Maritime designed the ATB to meet Ice Class and Polar

In addition, the ATB features a patent-pending closed loop, freshwater ballast system whereby the tug’s ballast will be transferred to-and-from a retention tank on the barge to account for fuel burn. The design has been ap- proved by the USCG and will eliminate the need to discharge tug ballast water into the sea.

The 128- by 42- by 21- foot tug is equipped with a ? re monitor and foam pro- portioner, providing off-ship ? re? ghting capabilities to the barge. The 400- by 85- by 32-foot barge is also out? tted with spill response gear and a hydraulic boom reel with 2,000 linear feet of in? atable boom to support spill re- sponse efforts. The vessel was built with enhanced features to bene? t the crew, including 156,000 members 45-degree sloped staircases, interior sound deadening and dedicated heads in each cabin.