Expect the Unexpected on the Inland Waterways

Among transportation planners, “resilience”, describing the ability to bounce back from adversities, both economic and other, has become a top consideration as we increasingly must “expect the unexpected.” The U.S. waterway system, covering the network of inland rivers and coastwise waterways, has seen a mix of good and not so good. As the 2020-2021 pandemic moves toward winding down, a recovery from the dismal 2020 is underway, but activity on the rivers is uneven. Ken Eriksen, senior vice president for agribusiness at consultants and data provider IHS Markit, told Marine News, “The demand varies by barge type. For covered hopper the solid demand is associated with record U.S. grain and soybean exports and solid movement of fertilizers to support farmer crop production prospects.” He added, “Grain and soybean exports for the new crop year starting September 1, 2021 will be slightly lower, but still in the top five of U.S. export volumes. So, the covered barge market has opportunity.” A tabulation contained in a presentation by listed company Kirby Corp shows leading owners of dry tonnage, handling agricultural products but also coal and other bulks, to be Ingram (with 4,203 barges), the reorganized American Commercial Lines (ACL, with 3,091 barges) and American River Transport Co (1,839 barges).

Looking ahead, Eriksen looks for “the prospects are still solid despite lower export prospects beginning in September. The U.S. will be the market to source corn since Brazil’s winter corn crop has been hit hard by late planting, drought and now freeze damage.” He does caution, however, that farmers have planted less corn than anticipated, with reduced inventory available for export.

Coal, which was historically a big mover on the waterways, has been on a long down-swing as power producers decrease their dependence on fossil fuels. The Energy Information Administration (EIA), an information provider within the U.S. Department of Energy, suggests that 2020 coal production (preliminary estimated at 534 million tons) was the lowest since 1956. The agency notes further that U.S. coal shipments overall were down 22% in 2020 from 2019 levels and that coal shipped by waterways fell 20% from 2019 levels. Costs per ton to move coal have not surprisingly declined, with volumes. IHS Markit’s Eriksen points to a recent recovery in coal moves post-COVID (with record cold weather in the first quarter of 2021 contributing to a drawdown in stocks that had surged in 2020) and notes, “This year there was a slight bump up for domestic use and a bit higher exports. But that is more of a head fake than anything. The long-term prospects for coal movement is going in one direction, down.”

In the liquid markets, 2020’s second quarter saw dramatically reduced shipments, but resurgent demand began to turn things around late in the year and into 2021, albeit with reduced year-on-year utilization. Kirby Corporation, said that its “marine transportation segment’s revenues for the 2021 first quarter decreased 25% and operating income decreased 96% compared with the 2020 first quarter revenues and operating income. The decreases were primarily due to reduced barge utilization in the inland and coastal markets as well as reduced term and spot pricing in the inland market, partially offset by the addition of the Savage Inland Marine, LLC fleet acquired on April 1, 2020.” For its inland barging specifically, Kirby, with a May, 2021 fleet of 1,057 inland tank barges and 241 towboats, said, “Inland tank barge utilization levels averaged in the mid-70% range during the 2021 first quarter compared with the low to mid-90% range during the 2020 first quarter. The 2021 first quarter continued to be impacted by reduced demand as a result of the COVID-19 pandemic and the resulting economic slowdown as well as the impact of reduced volumes as a result of Winter Storm Uri.”

The market is picking up. Kirby was forecasting that utilization “is expected to increase further as the economy recovers and refineries and chemical plants return to full operations following Winter Storm Uri. In the second half of 2021, the company anticipates barge utilization to improve into the high 80% to low 90% range which should lead to a more positive pricing environment in the coming months.” On its second quarter investors call, Kirby described a market where average barge utilization had risen to “the low to mid-80% range”, where term contracts represented approximately 65% of revenue with some 57% attributed to time charters. The rates had improved with Kirby reporting, “Spot market rates increased ~10% sequentially, but remained down ~10% to 15% year-on-year.” Martin Midstream Partners L.P., with a barge fleet primarily serving the Gulf Coast on shorter term charters, said in a recent filing, “We believe that refinery utilization will continue to increase in the second half of 2021 as a result of widespread vaccinations, government stimulus, and a rebounding economy. This should ultimately improve refined product demand…” Kirby leads the league tables on tank barge ownership (with 1,046 barges) followed by ACL with 408, Canal Barge with 363, Martin Midstream (tied to Marathon Petroleum) with 300, followed by Ingram with 298 and Florida Marine Transporters with 250, according to data in a recent Kirby presentation. 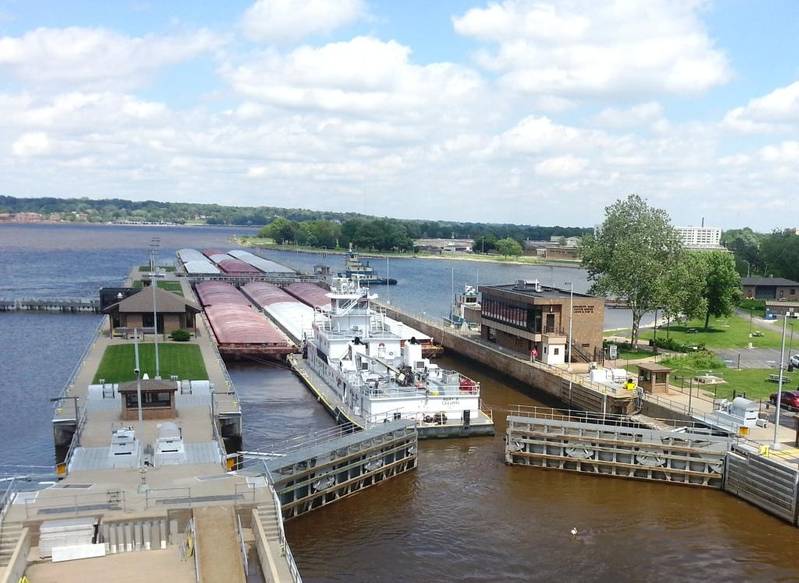 The push toward a fleet of vessels fully compliant with Subchapter M inspection requirements where previously uninspected towing vessels would need to have a Certificate of Inspection (COI) continues. The U.S. Coast Guard explains, “In order to operate after July 19, 2022, all Subchapter M towing vessels must have a valid COI.” In its Maritime Commons blog, it notes, “Owners and managing operators (OMO) are responsible for ensuring that 75% of their respective fleets receive a COI before July 19, 2021.” Statistics provided to Marine News by the U.S. Coast Guard showed the aggregate fleet falling short of the 75% milestone, with some 3,217 active towing vessels have been issued COIs as of July 6, 2021, out of 5,227 such vessels overall. Trade association the American Waterway Operators (AWO) in an early June newsletter reported that USSG Commandant, Admiral Karl Schultz, speaking to an online audience, “…remarked that he thinks industry is ‘on a good trajectory’ with Subchapter M, noting that while there had been a learning curve, almost 75% of towing vessels are expected to be certificated under the TSMS option.” The TSMS option, short for Towing Safety Management System, enables Third Party Organizations (TPO), rather than by USCG inspectors, to conduct vessel examinations as part of vessels attaining COIs.

With the Colonial Pipeline outage in May, earlier this year, “resilience” has taken on powerful meanings for the inland refined oil products barge business. A blog from Vanderbilt University details research on this very topic, noting that gas stations in Nashville, Chattanooga and Knoxville (accessible by inland barging) fared far better with fuel availability than those in land-locked Charlotte, Asheville and Raleigh- where stations saw widespread closures due to supply outages.  IHS’s Eriksen agrees: “At the time [of the outage] there was not much known on the full impact so barges became an insurance to get product moving and positioned.” Kirby, in reporting its second quarter results, chimed in, saying, “Barge demand was further increased by the Colonial Pipeline outage that occurred in May,” noting that its inland utilization had temporarily increased up to near 90%, touching pre-pandemic levels.

Sustainability, which is intertwined with resilience, is a major theme now coming to the inland and coastal towing sector. In June, 2020, AWO announced that it had joined the newly launched Blue Sky Maritime Coalition, an organization with the mission of accelerating “the U.S. and Canada maritime value chain’s pathway to net zero greenhouse gas (GHG) emissions by jointly developing and executing a roadmap to a commercially viable net-zero emission logistics value chain.” In a presentation at the Coalition’s launch (during a June, 2021 Marine Money conference), Board member Ted Tregurtha, President of Moran Towing, explained that the U.S. and Canada are unique with equipment being long-lived, and unique sets of rules and regulations. He said that North America “would have to place greater emphasis on retrofits in order to make progress in an acceptable timeframe”. Coalition members also include Kirby Corporation (with its CEO, David Grzebinski also serving on the board), Crowley Maritime and Bay Houston Towing Corp. Sustainability also affects cargo flows; in the Q&A following Kirby’s Q2 earnings presentation, Grzebinski noted an uptick in movements of biodiesel and renewable diesel moving on the waterways.

In a sign of future developments, New Orleans- based Maritime Partners LLC, known for its role in providing lease finance for inland equipment, has teamed up with deepsea tanker owner Ardmore Shipping, and Element One Corp, a distributor of hydrogen in liquid form, in the new venture e1 Marine, a business that may soon bring fuel cells to the inland markets. Austin Sperry, co-founder of Maritime Partners, told Marine News, “At present, almost every vessel operating on the inland waterways is powered by an internal combustion engine. Since it’s likely that there will soon be regulation requiring zero (or very low) greenhouse gas emissions, the total addressable market is almost the entire sector.” He explained further, “From our research, we concluded that methanol to hydrogen is the most promising option for towing vessels operating on the inland waterways…that’s why we invested in e1 Marine, alongside Element One and Ardmore Shipping. Methanol-to-hydrogen is more scalable than the alternatives, the technology is proven on land and almost entirely built with off the shelf parts.” In discussing the e1 Marine technology, he said that “…it works as both a newbuild and retrofit solution, producing zero NOx, SOx and PM emissions.”

The move away from fossil fuels in the inland sector has already begun. Sperry tells Marine News, further, “The most reputable players in the sector are already investigating their options and weighing their investment decisions. Indeed, we’ve had exploratory conversations with a number of them about how they could finance their next generation fleets. But it will require comprehensive regulation—which we expect soon—to bring full market adoption.” In a video released by AWO in late June, a top executive from Ingram Barge describes the company’s exploration of electric propulsion, alternative fuels (including hydrogen and methanol) as well as dual and multiple engine technologies. In the same video, executives from Campbell Transportation (active in both dry and liquid sectors) describe a program where 20% of its fleet is being repowered for more efficiency and sustainability. 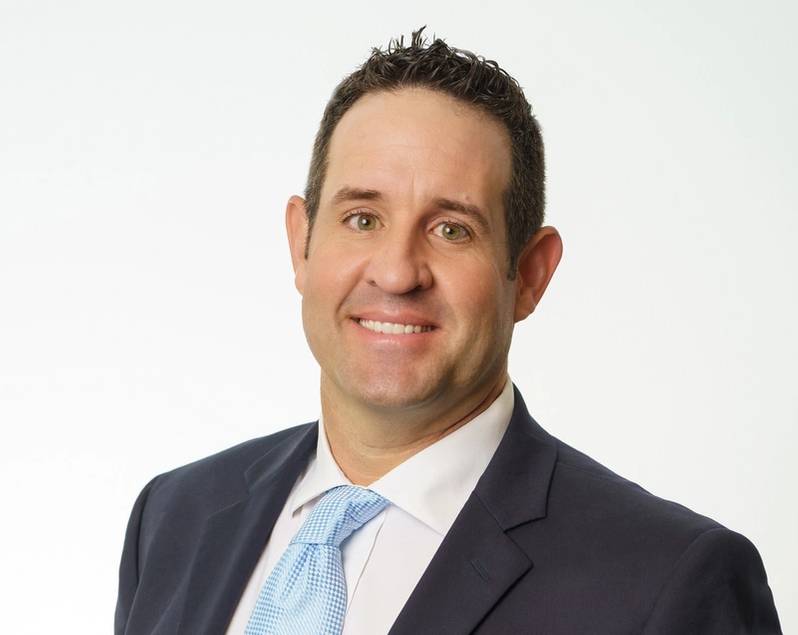 "From our research, we concluded that methanol to hydrogen is the most promising option for towing vessels operating on the inland waterways…" - Austin Sperry, co-founder of Maritime Partners

Finance
The inland sector continues to be relationship based, with local banks and specialist units in regional banks providing loan financing on towboats and barge fleets. Reflecting trends from the broader maritime sphere, lease financing has continued to be an important capital source. Austin Sperry, from Maritime Partners explains, “Historically, the value of leasing was that it could provide a better loan profile and higher loan to asset ratio.” In describing his firm, he said, “We’ve grown from a single tug to more than 550 vessels within five years of launching our business, and the feedback we receive is that people choose us over the alternatives because of our reliability, integrity and ability to innovate custom leasing and financing solutions for which the larger lenders don’t have the flexibility.”

Recent deals seeing regulatory filings include First Horizon Bank, based in Birmingham, Ala., putting 20 open hopper barges built at Arcosa Marine onto a bareboat charter to M/G Transport Services, and a bareboat charter to the same carrier for an additional 15 barges (10 covered and five open, all built at Arcosa) from U.S. Bank Equipment Finance. Another deal saw Banc America Leasing placing 50 covered rake barges (built 2006) on a bareboat charter to Ingra, headquartered in Nashville. Consolidated Grain and Barge (CGB), a large grain mover that had previously been tied to the Japanese trading house Zennoh, is the ultimate lessee of 157 grain barges in a complicated transaction where the ultimate ownership is tied to Japanese financier MUFG Bank. In mid-2021, the leases were modified as Zennoh acquired multiple assets from agribusiness giant Bunge Corporation. 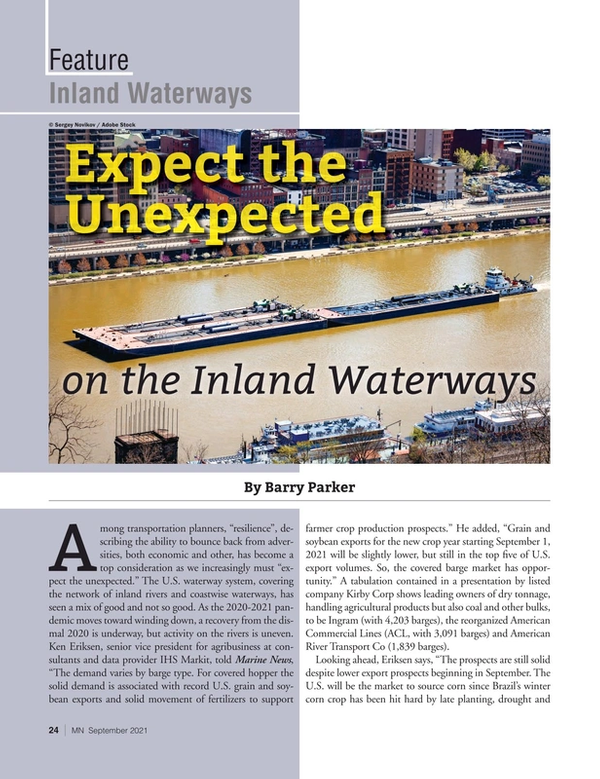 Read Expect the Unexpected on the Inland Waterways in Pdf, Flash or Html5 edition of September 2021 Marine News

Other stories from September 2021 issue