The Quest to Find and Explore USS Indianapolis

Sunk by Japanese torpedoes near the end of World War II, heavy cruiser USS Indianapolis disappeared to the darkest depths of the Philippine Sea, where it remained undiscovered for more than 70 years. Recently a team of civilian researchers led by Microsoft co-founder Paul G. Allen set out equipped with an arsenal of high-tech search equipment on a mission to locate the historic vessel last seen on July 30, 1945. 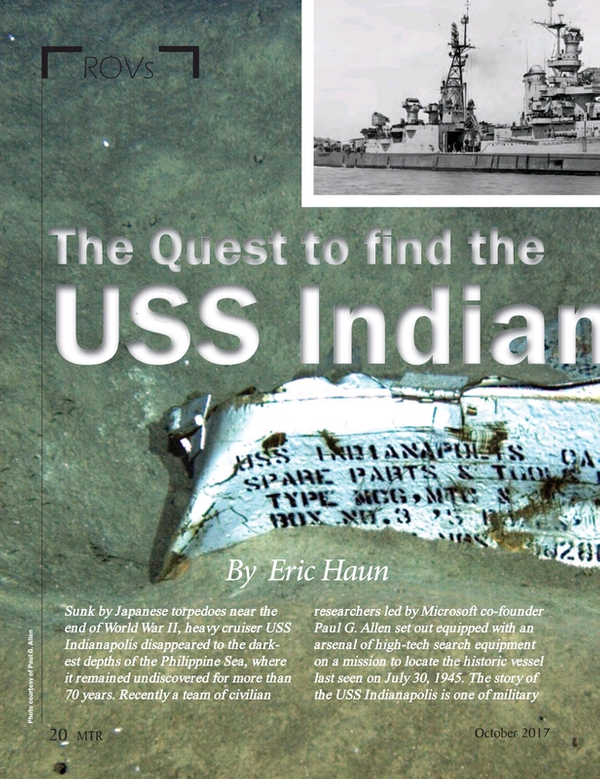 Read The Quest to Find and Explore USS Indianapolis in Pdf, Flash or Html5 edition of October 2017 Marine Technology

Other stories from October 2017 issue