MBARI: Hydrothermal Mapping is Heating up

A recent paper by Monterey Bay Aquarium Research Institute (MBARI) has revealed almost 600 hydrothermal chimneys around the Endeavour Segment of the Juan de Fuca Ridge, about 350 kilometres (220 miles) northwest of Washington State. The vents, located in a valley about 14 kilometres (8.6 miles) long and 1.5 kilometres (0.9 miles) wide, has been studied previously, but never mapped until now because of difficult access.

Hydrothermal vents are created by magma beneath the seafloor that heats water within the surrounding bedrock, emerging from the seafloor in the form of underwater seeps and geysers. When this heated mineral water meets freezing seawater, the dissolved minerals crystallise, creating spires and chimneys up to 25 metres (80 feet) tall.

Researchers flew MBARI’s autonomous underwater vehicle (AUV), D. Allan B., over the seafloor during seven surveys in 2008 and 2011, mapping the area at about 1.25-metre (4-foot) resolution. Overall, the AUV completed 140 hours of dives and mapped about 62 square kilometres (24 square miles).

Based on their work at Endeavour and other mid-ocean ridges, researchers propose that these ridges may go through three phases of evolution: magmatic (lasting up to tens of thousands of years, when magma erupts and covers the seafloor); tectonic (lasting 5,000 years, when the seafloor cools and contracts, forming cracks and faults); and hydrothermal (last a few thousand years, when resurgent magma heats fluids that percolate up through the cracks, forming vents).

Further implications for this work include using MBARI’s new maps to plan research dives and the location of monitoring equipment. Additionally, data can be used to estimate the volume and mass of hydrothermal deposits in the chimneys, which is critical for understanding the distribution of metal-rich rocks around vents, some of which have been targeted for deep-sea mining. 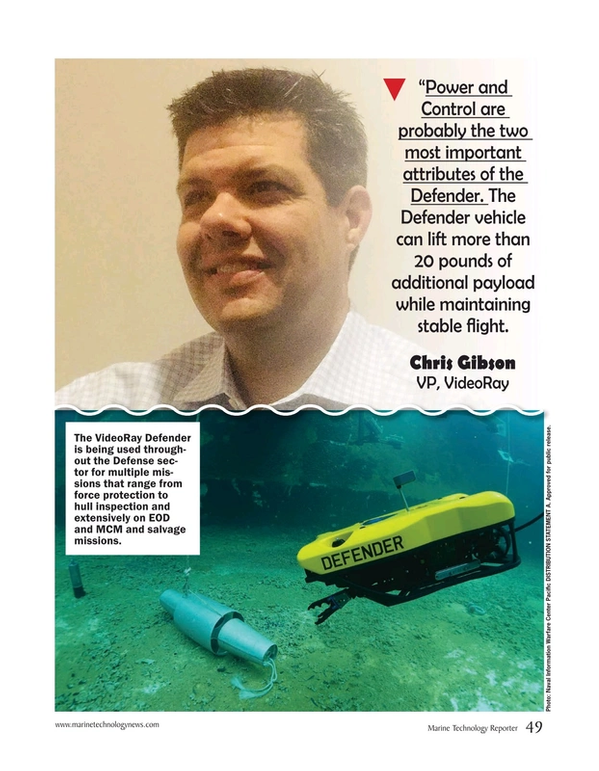 Read MBARI: Hydrothermal Mapping is Heating up in Pdf, Flash or Html5 edition of May 2020 Marine Technology

Other stories from May 2020 issue