Elmer W. Curfman has been named superintendent of the marine department of The Chesapeake Corporation of Virginia, West Point, Va. 23181, succeeding the late Milton A. Paul.

The announcement was made by Thomas G. Harris, vice president- woodlands of the corporation.

Mr. Curfman will be in charge of the tug and barge fleet that moves pulpwood, chips and other materials by water to or from the pulp and paper mill at West Point.

Curfman graduated from Lee- Jackson High School there in 1935. He went to work soon afterward for Bristow Brothers Truck Lines, one of the earliest motor freight lines in Virginia.

He was the firm's terminal manager.

In 1942-45, he served with the 12th Air Force in the European Theater, rising to technical sergeant, and being decorated with the Bronze Star.

Mr. Curfman joined The Chesapeake Corporation in 1946, and has been continuously in the marine department. He was promoted to lead man in the department in 1960. 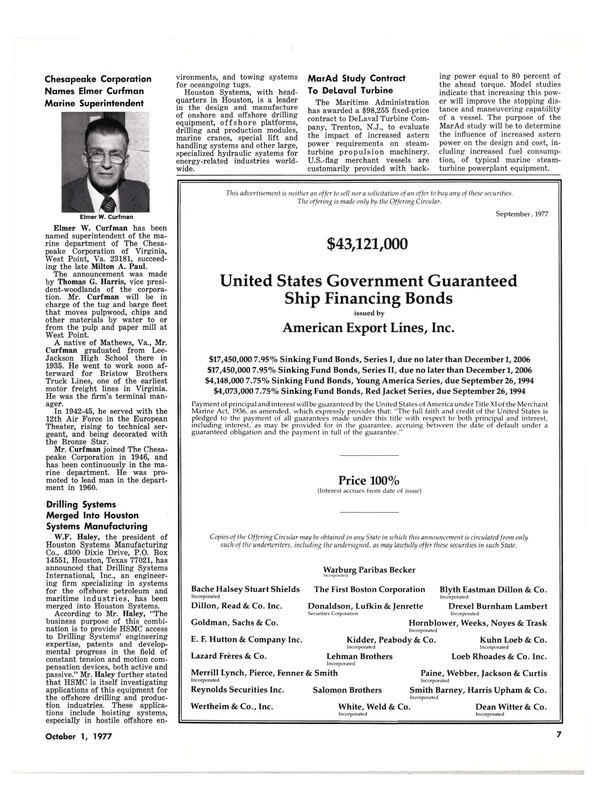