Mr. Fink joined the Formsprag Company, which is now a unit of Dana Corporation, in 1976. He was a sales engineer in the Cincinnati, Ohio, area until assuming this current assignment. Mr. Fink received his Bachelor of Science degree in engineering from the University of Michigan in 1972, and his master's degree in business administration from Wayne State University in 1975.

Before assuming his new position in parts sales, he was a production control supervisor.

Mr. Calvert was graduated from Texas A & M University with a B.S. degree in industrial technology in 1972. Prior to that, he was an officer in the U.S. Army.

Wichita Clutch Company produces a broad line of q u a l i t y air-operated clutches and brakes for the marine and a wide range of other industries. 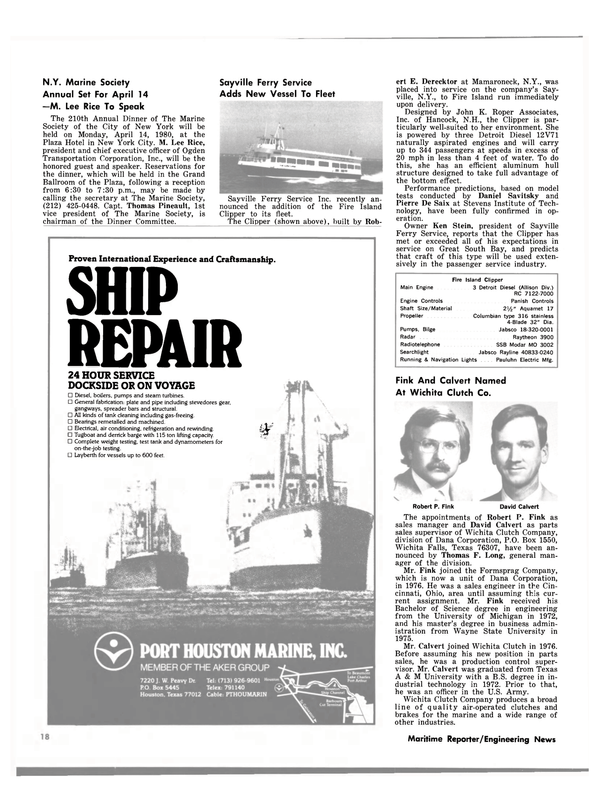