of Houston, Texas, have been delivered.

The barges, certified by the United States Coast Guard, have the proper valves and fittings for grade " A " and limited subchapter " 0 " products for type II and III hulls. They are classed by the American Bureau of Shipping as + A-1 Tank Barge River Service.

All tank barges built by NABRICO meet the full requirements established by the American Bureau of Shipping and the United States Coast Guard.

Combined cost for the six barges, which are being built under three separate contracts, is approximately $5.54 million. The two remaining barges are scheduled for completion this month.

NABRICO is a wholly owned subsidiary of The American Ship B u i l d i n g Company, Cleveland, Ohio. Headquartered in Nashville, NABRICO has been in the marine field for more than 60 years, and is primarily concerned with the design, engineering and construction of grain and coal barges, deck barges, liquid tank barges, cement barges, drydocks, and towboats.

NABRICO is a major supplier to the entire marine industry of marine deck hardware. The company, which has plants in Nashville and Ashland City, Tenn., pioneered in the design and building of much of the modern equipment used on rivers today. 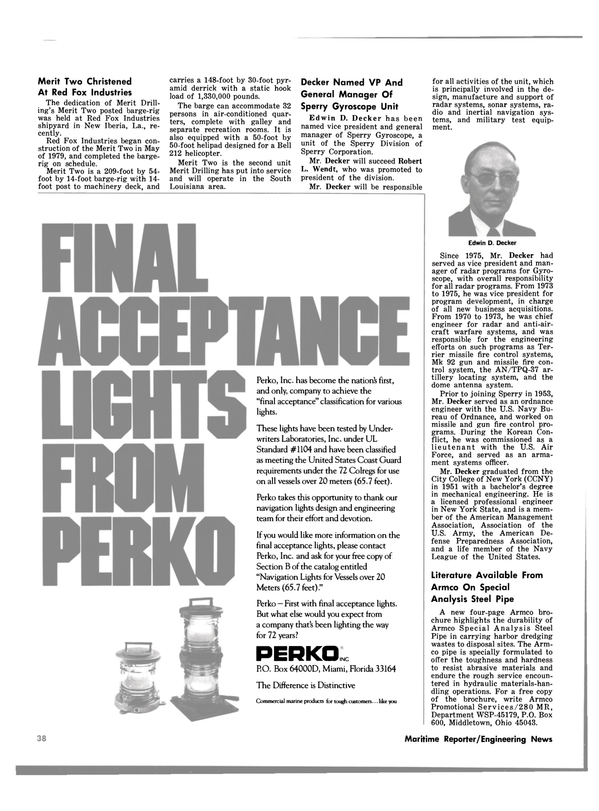