The joint fall meeting of the New England Section of The Society of Naval Architects and Marine Engineers and the Southern New England Section of The American Society of Naval Engineers featured a presentation by Rear Adm. John Beecher, USN, on "USN Battleship Reactivation Program," following dinner in the wardroom of the USS Massachusetts (BB-59) at Fall River, Mass. Close to 200 members attended the meeting.

He suggested that conditions that led to the retirement of the battleships have changed with the development of cruise missiles and a shortage of aircraft carriers.

Admiral Beecher then discussed some of the ship design impact of the conversion of the USS New Jersey (BB-62). Included were the impact of installation of Tomahawk and Harpoon weapon systems, upgraded electronics suite, a helicopter deck, and CHT system. 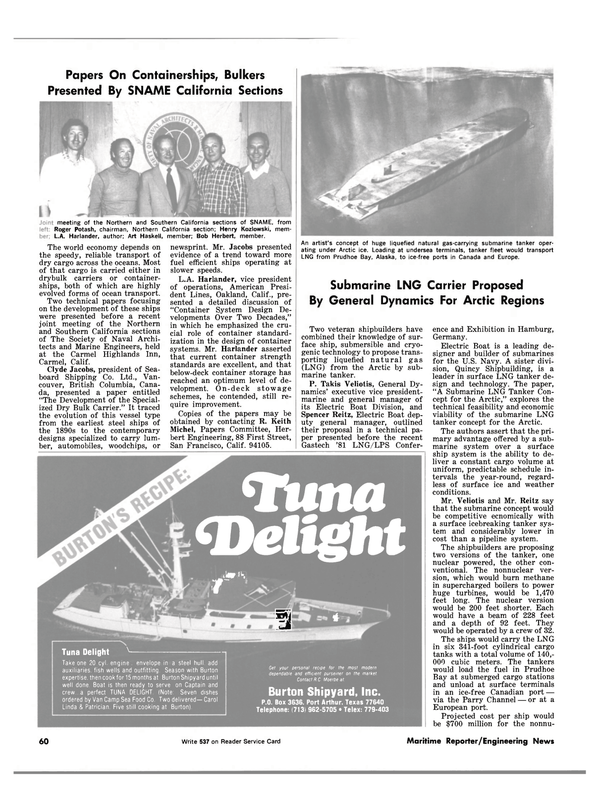