$2.5-million contract to build a penumatic ship's unloader has been won by the Brazilian marine, offshore, and industrial equipment manufacturer CEC Engineering of Rio de Janeiro. CEC is part of the CCN shipbuilding, shipping, and equipment group. The unloader, which will be used for the unloading of alumnia and coke, will be sited on the River Para in the Port of Vila do Conde, about 25 miles from Belem, the capital of the Brazilian State of Para.

The purchaser of the equipment is ALBRAS (Aluminio Brasileiro S.A.), a 51/49 percent joint company between the Brazilian state-owned company Companhia Vale do Rio Doce and a Japanese group. ALBRAS will process the alumina into aluminum ingots for export.

The equipment, which is to be delivered and commissioned by June 1985, will have an unloading capacity of 500 tons an hour through two parallel suction systems and will operate on a 24-houra- day basis. It will be capable of unloading ships up to 37,500 dwt at any tide level. 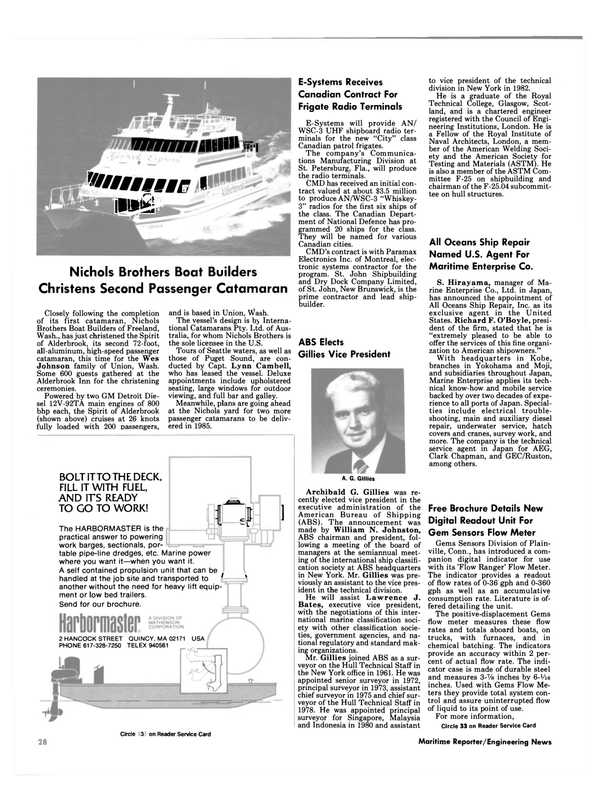