The Pilgrim Belle is 192 feet long with a beam of 40 feet and a draft of IV2 feet. She is twin-diesel powered with 1,055-hp Caterpillars, and has a 300-hp bow thruster. She is thoroughly modern in her machinery inventory with full electronics and electrical power supplied by two 390-kw Caterpillar diesels. The 49 outside cabins all have private bathroom facilities and individually controlled heating and air conditioning.

An elevator is included which serves three decks for passenger convenience.

Her appearance is in the manner of a 1925 coastal steamer with a finish and ambiance which Coastwise Cruise Line has christened the Steamer Class (TM).

Design of the interior has been assigned to Interior Design International of Seattle, Wash., and Copenhagen, Denmark. John W. Gilbert of Boston is the architect.

Lofting and engineering started in late summer 1983 and delivery of the new vessel will be later this year.

The hull was built upside down with frames and bulkheads installed. In January steel was plated over the hull framework. The hull was then rolled over into an upright position in March. From this upright position on the ways, prefabricated sections were added to complete the shell while interior systems were installed. After launching, the vessel's interior will be completed.

Robert C. Nelson, general manager, will captain the Pilgrim Belle during shake down and repositioning from Mobile to West Palm Beach in preparation for her maiden voyage. She is designed to be highly maneuverable and with a turn of speed greater than other coastal cruise ships. The Steamer Class (TM) coastal cruise boat is the first of its type to be constructed by Bender and is to be a showpiece for the quality of the Gulf Coast Yard of 60 years' experience.

Bender specializes in the construction and repair of a wide variety of oceangoing and inland vessels. 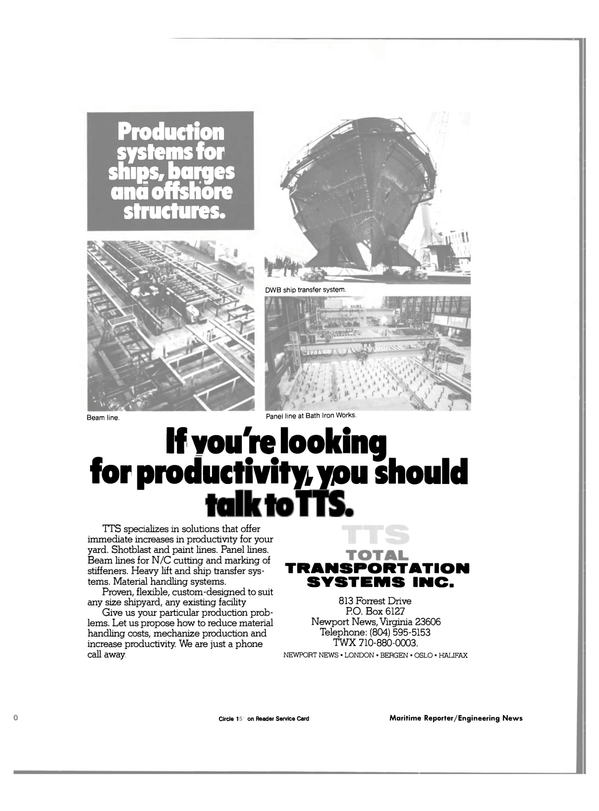