Acting on behalf of the United States Navy, the Maritime Administration recently awarded a $17,952,454 contract to Continental Maritime of San Francisco, Inc., San Francisco, to convert a government- owned containership into a naval auxiliary crane ship.

The ship, the ex-President Monroe built in 1966, will become the Navy's second auxiliary crane ship.

Upon completion of the conversion, expected to take 12 months, the ship will be renamed by the Navy.

She is a sister ship of the ex-President Harrison, now the Keystone State, which was converted into a crane ship by Bay Shipbuilding of Sturgeon Bay, Wis., and redelivered earlier this year.

The crane ships are designed to be used at anchor in a forward deployment area or an undeveloped port to unload containers and other military cargo from containerships lacking their own cargo-handling equipment. Conversion of the ex- President Monroe will include reactivating existing machinery, repairing broken items, and constructing and installing rotating twin-pedestal marine deck cranes and auxiliary equipment. 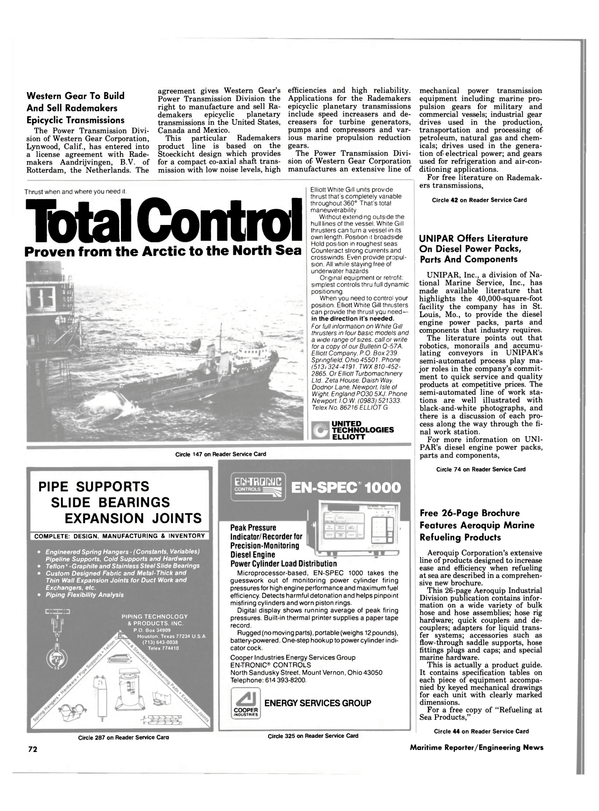