The first meeting of the 1984-85 season for The Society of Marine Port Engineers (SMPE) New York, N.Y., Inc. was held at the Union Club in Hoboken, N.J. A good turnout of members and guests heard a presentation titled "Computer Applications for the Marine Port Engineer" by David A. O'Neil, president of Seaworthy Systems, Inc. of Essex, Conn.

Mr. O'Neil discussed the capabilities of the microcomputer and the quickly expanding library of software in the ship operating area. He pointed out several significant trends in that field, as well as pitfalls to be avoided.

Five demonstrations with audience interaction were given, using two computers and three large monitors dispersed within the audience.

One demonstration dealt with useful port engineer-oriented routines that could be custom-generated on "spread sheets" without any requirement to be able to program.

Other demonstrations included: using portions of "canned" programs to generate heat balances; analyze plant, hull, and boiler preformance; and to rank for purchase the most acceptable steam plant fuels on an automatically screened technical/ economical basis.

Mr. O'Neil concluded by sum marizing specific programs produced for a number of operators by several firms. He also praised the work of the Maritime Administration in this area, and distributed copies of MarAd's "Catalog of Computer Software Applications for Maritime Transportation," June 1984. 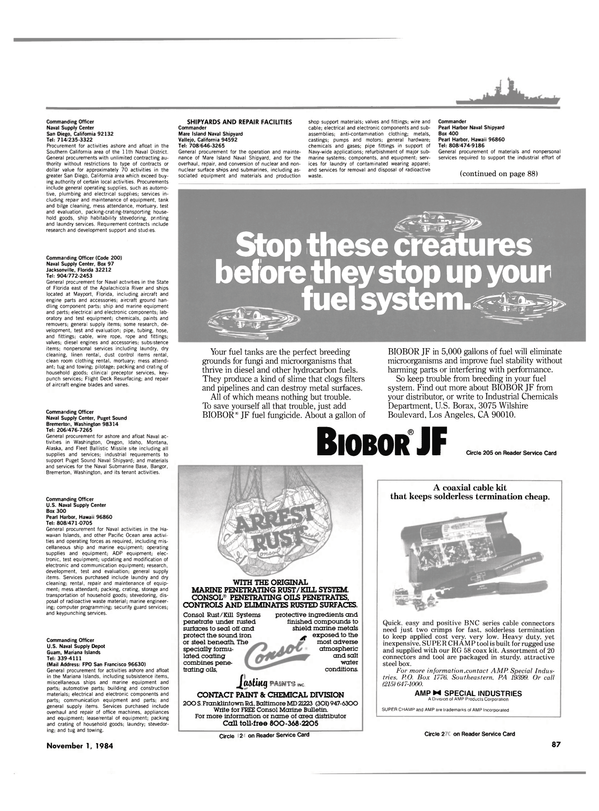