Michael Kolesar of Marine Engineers, Panama City, Fla., recently announced that the company has been awarded a contract by Rover Marine Transport, Inc. of Norfolk to build the three-masted topsail schooner American Rover.

Believed to be the largest sailing ship to be built on the Gulf Coast in more than 50 years, the 110-foot vessel will have a beam of 24 feet, draft of 8 "2 feet, displacement of 101 tons, and will carry 4,972 square feet of sail. She was designed by naval architect Walter Merritt, a leading designer of steel sailing yachts. Rover Marine plans to use the 150-passenger vessel for chartering on Chesapeake Bay in summer months and in South Florida during the winter.

Designed to American Bureau of Shipping and U.S. Coast Guard rules, the American Rover is longitudinally framed with 212 - by Vi -inch steel flat bar on 18-inch centers. Transverse frames are 5- by 5/(6-inch flat bars on four-foot centers. Hull plate is Vi -inch and deck plate is 3/Jt;-inch. The vessel will be subdivided by four watertight bulkheads. Some 40 tons of steel ballast will be fitted into her 3- by 3- by 60-foot box keel.

Auxiliary propulsion will be provided by two 160-bhp turbocharged diesels. The engines, shafts, and propellers will be mounted "piggyback" on the center line. This arrangement will allow for use of one engine for low horsepower requirements without the steering difficulties of side-by-side twin screws. Sails will be flown from aluminum masts constructed from 12-inch 6061-T6 schedule 40 pipe. Yards and gaff's will also be 6061-T6 pipe and tubing. 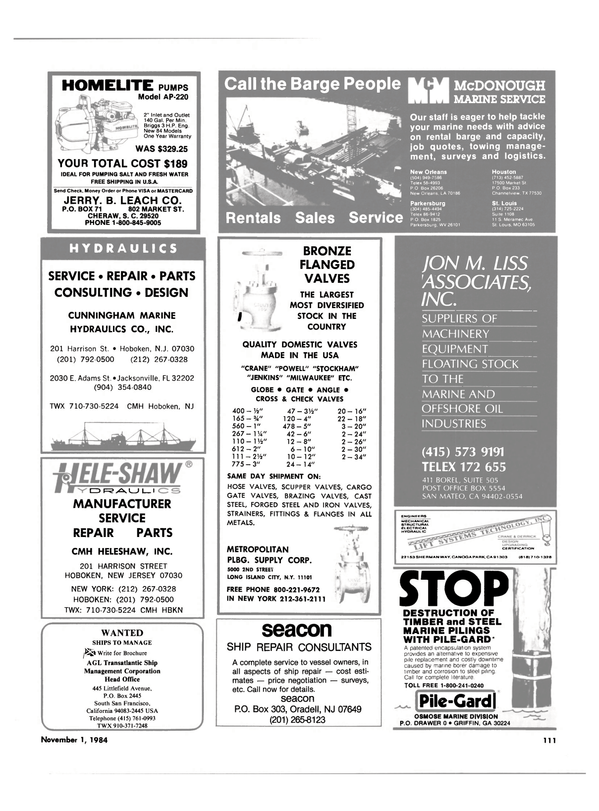