AB Siwertell of Sweden has de- veloped a design for floating bulk transfer stations based on a catama- ran platform equipped with various configurations of unloading and loading towers according to re quired capacity and duty. It is in tended for direct trans-shipment between oceangoing carriers and shuttle craft in sheltered waters such as river estuaries and landlocked bays, as a supplement to or substitute for shore terminals with limited capacity or depth of water.

The platform consists of two 230- by 26-foot pontoons connected by bridges at each end, with a 75.5- foot-wide docking space between them to accommodate up to two barges or shuttle craft side-by-side.

A third barge can be berthed outboard on the side opposite from the oceangoing ship. The area between the pontoons and bridges could be decked over if desired.

Cargo transfer equipment consists of one or two ships or barge unloaders and one or two loaders, all mounted on towers on the pontoons.

The loaders comprise a horizontal slewable arm with an epicylic extension that terminates in a telescoping discharge tube to minimize spillage and escape of dust. For further information, Circle 23 on Reader Service Card 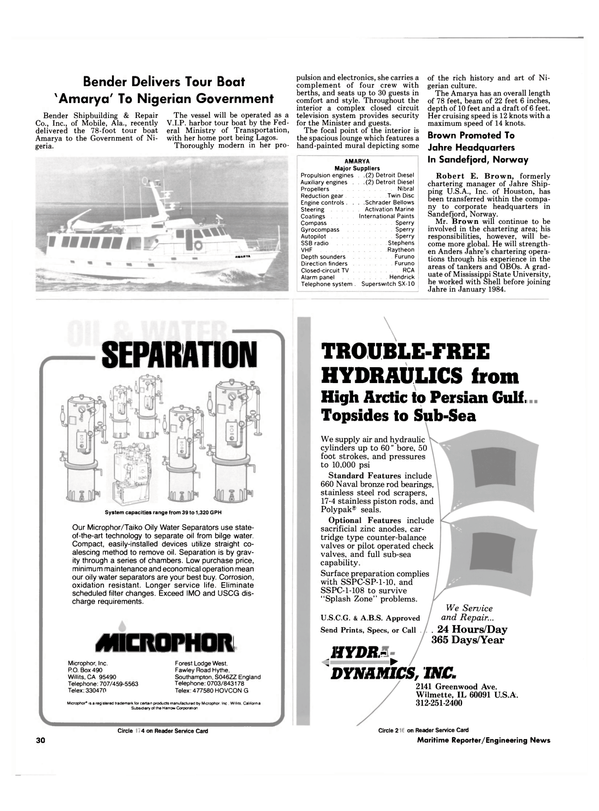