U.S. Navy battleship Iowa (BB- 61) being assisted by four Turecamo tugboats during recent visit to New York Harbor, which will become her home port in 1989 as nucleus of a Surface Action Group (SAG) that will also include one guided-missle cruiser and three destroyers. The SAG and two additional frigates will be based at a new Navy facility in Stapleton, Staten Island, to be constructed during 1986-89 at a cost of $282 million.

The contract to reactivate the Iowa was awarded to Ingalls Shipbuilding in July 1982, with redelivery then scheduled for December 1984. The ship arrived on the Gulf Coast in September 1982, and was drydocked at Avondale Shipyards under subcontract to Ingalls. She arrived at the Ingalls yard in Pascagoula, Miss., in January 1983 for reactivation of her nine 16-inch guns and remaining 5-inch guns, as well as the modernization of living accommodations and installation of modern weapons systems and electronics.

Following a revision of the delivery date by the Navy, the Ingalls work force began working extended hours last December to complete the reactivation on the accelerated schedule. Iowa was recommissioned in ceremonies at the shipyard on April 28 this year.

An environmental impact statement released by the Navy in late October this year indicates that the new Stapleton Naval Base will create some 900 permanent civilian jobs and add $3 million a year to New York City and State revenues.

Upon completion, the project will contain an estimated 5,600 jobs, the majority of which will be held by Navy personnel (4,607) with another 995 held by civilians, the Navy report said. These figures include 163 existing jobs that would be transferred from the Brooklyn Navy Yard. The study further estimates that the base will indirectly stimu- late the creation of about 2,600 additional jobs in the civilian economy. 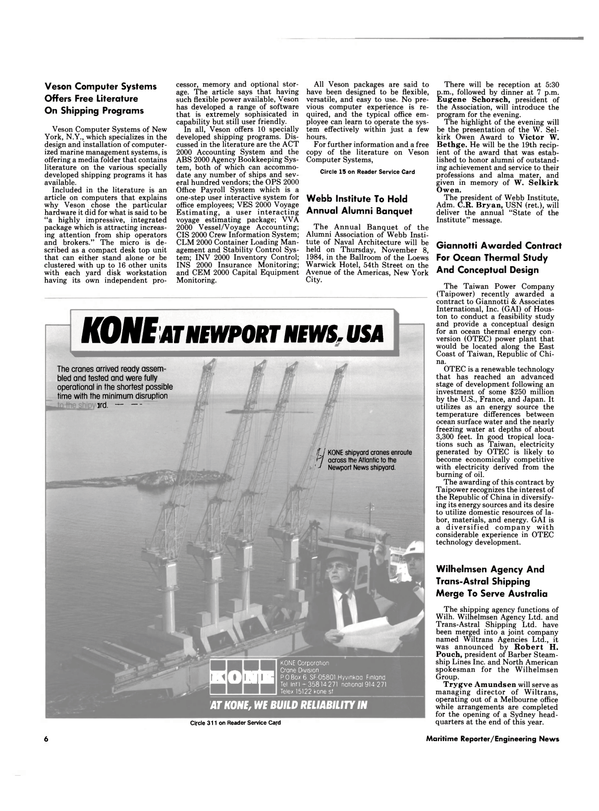