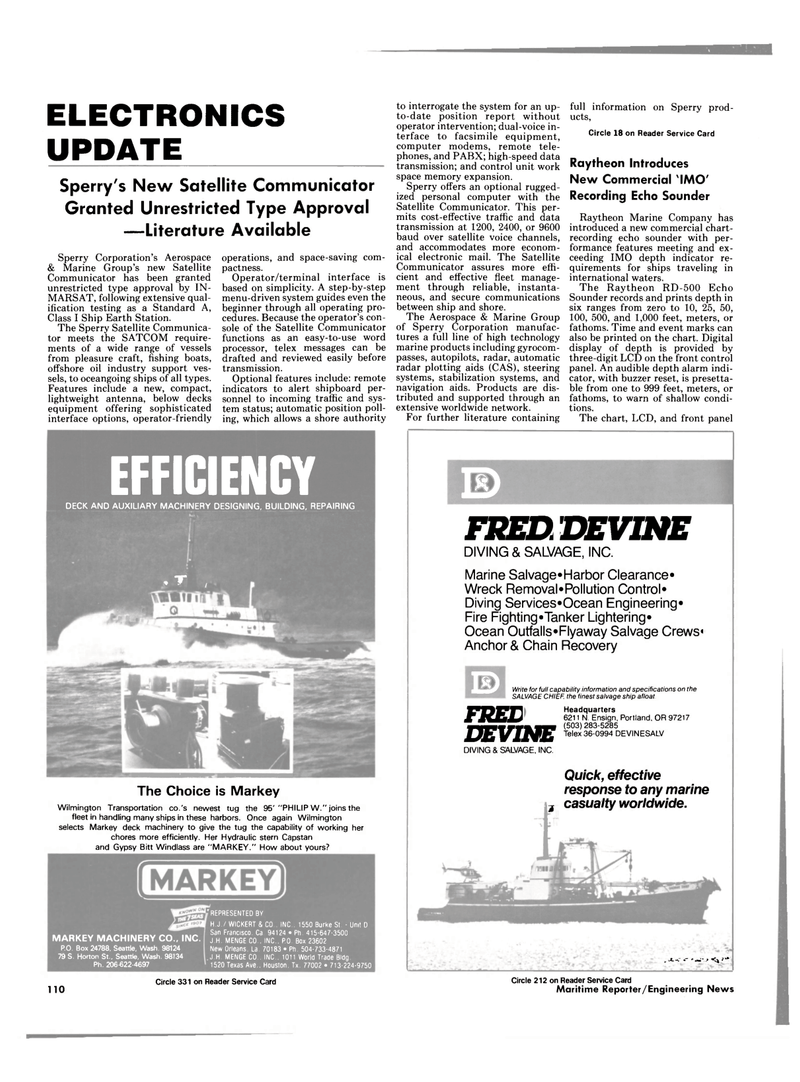 Communicator has been granted unrestricted type approval by IN-

MARSAT, following extensive qual- ification testing as a Standard A,

Operator/terminal interface is based on simplicity. A step-by-step menu-driven system guides even the beginner through all operating pro- cedures. Because the operator's con- sole of the Satellite Communicator functions as an easy-to-use word processor, telex messages can be drafted and reviewed easily before transmission.

The Choice is Markey

Wilmington Transportation co.'s newest tug the 95'"PHILIP W." joins the fleet in handling many ships in these harbors. Once again Wilmington selects Markey deck machinery to give the tug the capability of working her chores more efficiently. Her Hydraulic stern Capstan and Gypsy Bitt Windlass are "MARKEY." How about yours?

Sperry offers an optional rugged- ized personal computer with the

Satellite Communicator. This per- mits cost-effective traffic and data transmission at 1200, 2400, or 9600 baud over satellite voice channels, and accommodates more econom- ical electronic mail. The Satellite

Sounder records and prints depth in six ranges from zero to 10, 25, 50, 100, 500, and 1,000 feet, meters, or fathoms. Time and event marks can also be printed on the chart. Digital display of depth is provided by three-digit LCD on the front control panel. An audible depth alarm indi- cator, with buzzer reset, is presetta- ble from one to 999 feet, meters, or fathoms, to warn of shallow condi- tions.

The chart, LCD, and front panel