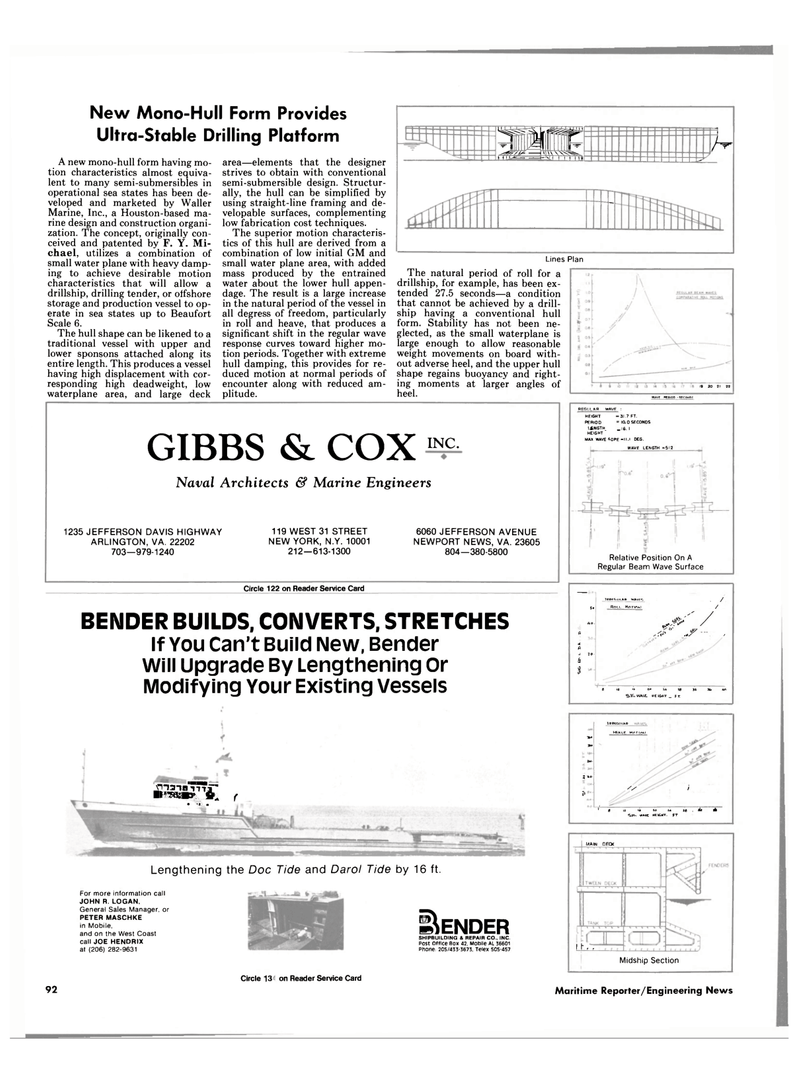 The hull shape can be likened to a traditional vessel with upper and lower sponsons attached along its entire length. This produces a vessel having high displacement with cor- responding high deadweight, low waterplane area, and large deck area—elements that the designer strives to obtain with conventional semi-submersible design. Structur- ally, the hull can be simplified by using straight-line framing and de- velopable surfaces, complementing low fabrication cost techniques.

The superior motion characteris- tics of this hull are derived from a combination of low initial GM and small water plane area, with added mass produced by the entrained water about the lower hull appen- dage. The result is a large increase in the natural period of the vessel in all degress of freedom, particularly in roll and heave, that produces a significant shift in the regular wave response curves toward higher mo- tion periods. Together with extreme hull damping, this provides for re- duced motion at normal periods of encounter along with reduced am- plitude. 2 'II E % • M Jr^

The natural period of roll for a drillship, for example, has been ex- tended 27.5 seconds—a condition that cannot be achieved by a drill- ship having a conventional hull form. Stability has not been ne- glected, as the small waterplane is large enough to allow reasonable weight movements on board with- out adverse heel, and the upper hull shape regains buoyancy and right- ing moments at larger angles of heel. 19 20 21 22 WAVE PIWIOD - 3EC0WDS

Relative Position On A

If You Can't Build New, Bender

Will Upgrade By Lengthening Or

Lengthening the Doc Tide and Darol Tide by 16 ft.