A Norwegian consortium recently confirmed a contract for a new 84,000-dwt products carrier to be built by Burmeister & Wain's Copenhagen shipyard.

Also agreed on was an option for a second vessel, with both carriers eventually entering service with London-based Shell International on a bareboat relet.

This represents the first time that a major oil company has been directly involved with an order for one of the CPT54E tankers from its inception. The series was first introduced in 1985 and the new orders, if both are confirmed, will bring the total contracted to 13.

Norwegian shipowner Naess, Jahre & Partners will operate the tankers on behalf of the company Nordan III, which has taken the vessels on a 15-year bareboat charter from Difko.

Shell has agreed to subcharter each carrier for a five-year period with an option on a further three years.

The first vessel is scheduled to be delivered in August 1989, with the second, if confirmed, following some four months later.

For free literature giving complete details on the facilities and capabilities of Burmeister & Wain, Circle 26 on Reader Service Card 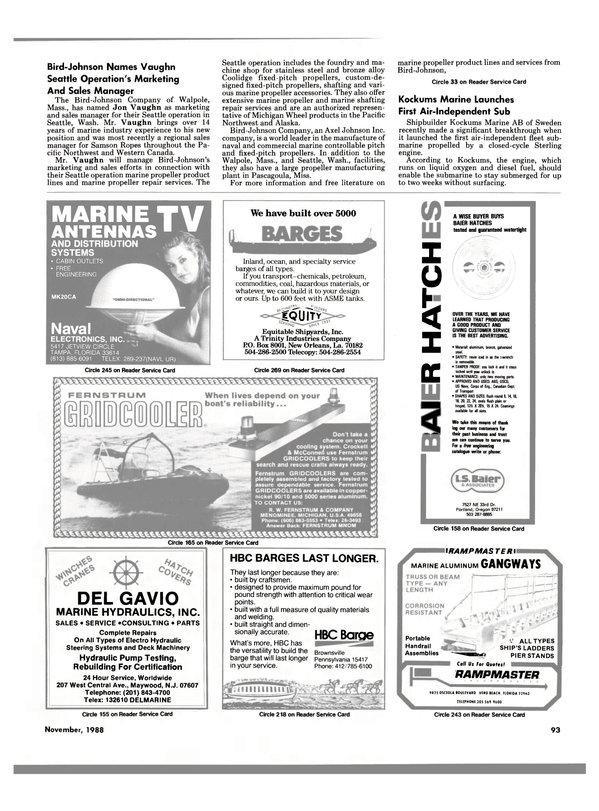