The recent delivery in South Korea of the 2,505-TEU CGM La Perouse by Samsung Shipbuilding and Heavy Industries marked an important stage in the evolution of French containership design. Operating systems on the 31,000-dwt vessel, which is the new mainstay of Compagnie Generale Maritime's (CGM) p a r t i c i p a t i o n in the Europe/ Australasia trade, were conceived for a minimum level of manning, said to be unprecedented in a French-owned ship of this type and size.

Her bridge outfit and layout, including a fully integrated navigation system from Japan Radio Company, makes the CGM La Perouse among the most advanced ships of her type. The 20.5-knot, Panamax vessel is powered by a seven-cylinder model of the largest bore twostroke engine from Sulzer's RTA range. It is the first of three newbuildings for European partners in the Anzecs consortium. 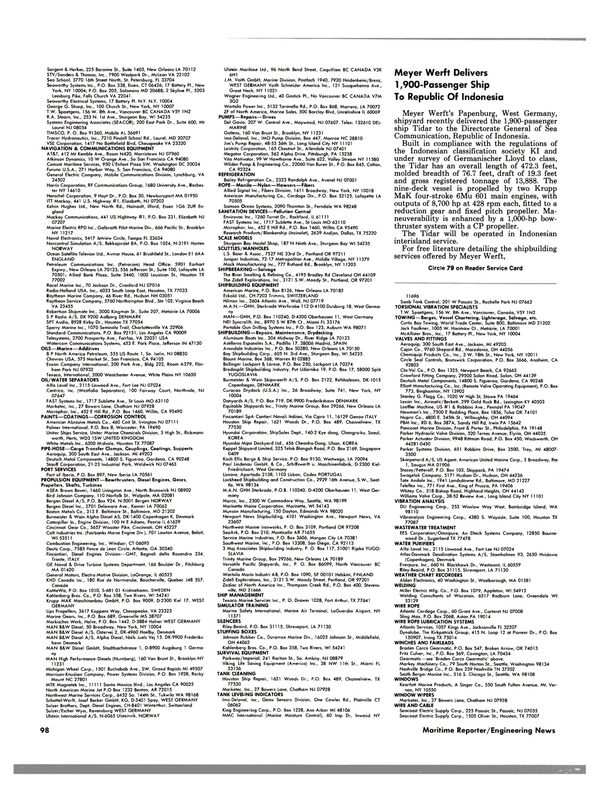