The five-vessel package includes one towing-supply and four supply vessels. The vessels, originally delivered in 1981, have been in possession of the Maritime Administration for the past several years. According to Tidewater Marine president Richard M. Currence, they will enter service with Tidewater's domestic and international fleets upon completion of refurbishment.

This is Tidewater Marine's fourth vessel package purchase in the past nine months, bringing the number of vessels the company owns worldwide to 264. "Since December 1987, Tidewater Marine has either purchased or assumed management of 34 vessels in an effort to continue to meet demand, predominantly in the U.S. Gulf of Mexico," Mr. Currence said. "Although offshore drilling activity appears to have leveled off in recent months, a substantial portion of our Gulf of Mexico fleet is involved in production and development projects and we expect demand for our fleet to continue, based upon current conditions." Tidewater Inc. owns and operates one of the largest fleets of vessels supporting the international offshore oil and gas industry. 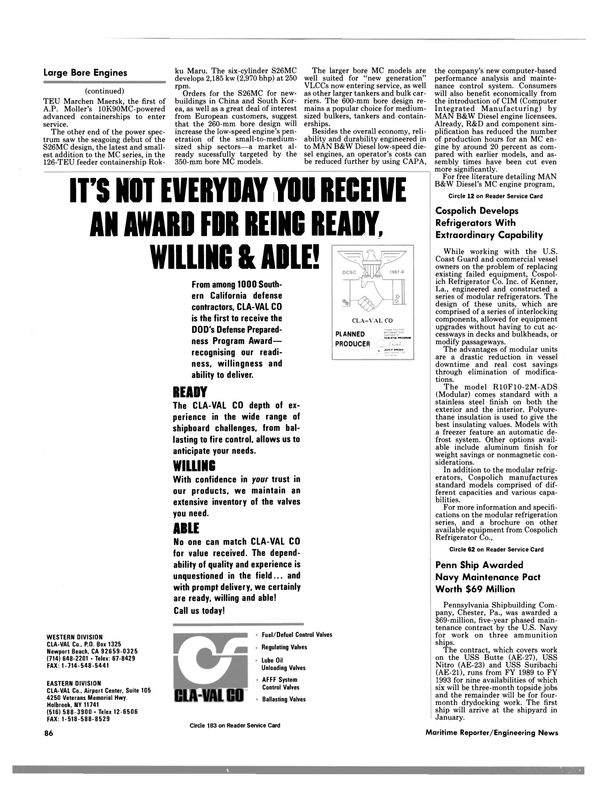