Legislative Challenges: AWO Takes Aim At Complex Issues The American Waterways Operators (AWO), founded in 1944, is the national trade association of the inland and coastal tug and barge industry, which operates a fleet of over 7,500 tugs and towboats and more than 30000 barges There are now unprecedented challenges for AWO as the association endeavors to cope with monumental legislation . . . the Oil Pollution Act, Clean Air Act amendments, Americans with Disabilities A c t . . .

which demonstrated a concerted effort by public officials to mandate a cleaner, safer, more equitable working environment, without substantial regard to cost or adverse economic impact. Inthepost-Valdez era, legislators have clearly been motivated more by the fear of a deteriorating environment than by the need for increased productivity and economic competitiveness, often resulting in rhetorical allegations and ill-conceived measures which have injurious potential for the industry.

AWO is faced with more numerous and complex issues than ever before. Statutorily driven regulations and legislative initiatives t h a t mandate changes in industry operations, personnel and resources, make it imperative that AWO maintain and improve open and effective communication with Congress, the Coast Guard, and related industry organizations.

AWO ventures to produce innovative strategies for ensuring the visibility of the industry and seeks to practice a modern and creative approach to advocacy in response to the emergence of bills, studies, and proposed rules t h a t will set the foundation for the new regulatory regime under which the barge and towing industry will be required to operate.

In 1991, AWO members felt the first shocks resulting from the passage of OPA 90 with the promulgation of several regulations by the Coast Guard which addressed oil spill liability, cleanup, and prevention requirements under the new law.

When the Coast Guard issued its proposed rulemaking to implement the OPA 90 financial responsibility requirements, a long-anticipated showdown between the Coast Guard, petroleum carriers, and the marine pollution insurance industry took on tangible form. Although certificates of financial responsibility were previously required under the Clean Water Act, the liability risks under OPA 90 are much greater. Moreover, because OPA 90 requires insurers to be guarantors and subjects them to direct action by claimants, the international, and possibly also domestic, insurers assert that they will not issue the required certificates to their insureds. As a result, AWO maintains that the Coast Guard's proposed regulations will, if implemented as proposed, shut down the waterborne movement of petroleum and emphasizes the need for exploring other regulatory mechanisms to demonstrate evidence of financial responsibility.

Congressional hearings held in November 1991 examined and confirmed the likelihood of a potential shutdown of fuels delivery and advised the Coast Guard that exploring other options would not violate Congress's intent and is, in fact, a necessity. The Coast Guard is required to develop a Regulatory Impact this year, which will assess the impact of vessel operators being unable to secure insurance coverage which meets the Coast Guard's proposed test of financial responsibility.

AWO will continue to assert that the rule is unworkable in current form and must be corrected to avoid severe disruptions in the transportation marketplace.

Another directive of OPA 90 took shape when, in August of 1991, the Coast Guard issued a preliminary regulatory proposal on tank vessel response plans and the carriage of oil spill cleanup and removal equipment.

AWO provided the agency with detailed industry views on these questions. The Coast Guard announced its intention to proceed with regulatory negotiation process to reach a consensus on a proposed regulation by March 1992. AWO challenged the need for the negotiated rulemaking on this issue and opposed the unbalanced composition of the proposed committee.

AWO began participation in the negotiation process early this year and assembled a small team of inland and coastal operators to assure accurate industry representation.

OPA 90 also mandates that the Coast Guard develop regulations to protect the environment until single hull vessels over 5,000 gross tons are phased out in the year 2010. The Coast Guard has proposed structural options include double sides, double bottoms, and protectively located segregated ballast tanks, which AWO rejected on the basis of economic and technical unfeasibility.

AWO prefers the option of instituting operational requirements, such as enhanced traffic control, training, and management standards, and emphasized the importance of viewing and tank barges separately when examining the feasibility of regulations.

AWO recently examined the effect of international operation and safety initiatives on domestic operators through an in-depth analysis of the structure, function, and operation of the International Maritime Organization, and its impact on the U.S. barge and towing industry. The AWO study concluded that the best strategy by which AWO might monitor and influence the work of the IMO is through ongoing informal consultation with the Coast Guard and participation in meetings held by the Shipping Coordinating Corn- mittee, which develops the U.S. position on issues before the IMO. The report also concluded that further development of a substantial IMO advocacy effort must be balanced against competing priorities within the industry.

Americans With Disabilities Act Because of the unique nature of marine operations and the physical and potentially hazardous risks posed by marine employment, the passage of the Americans with Disabilities Act of 1990 (ADA), and ensuing regulations by the Equal Employment Opportunity Commission, present new challenges for the industry in the realm of marine personnel policies. In order to ensure the best approach to effective implementation of the new regulations, which become effective in July 1992, AWO's task force on the ADA carefully examined the effects of the act on hiring procedures for marine personnel and addressed the possibility of an industry-wide response to the ADA. The association will hold a seminar on this vital topic on April 8, 1992, at the ANA Hotel in Washington, D.C., just prior to the AWO Annual Meeting, April 9-10.

Regional Environmental Challenges Still reeling from media and public outcry stemming from the Valdez spill, many legislators have been driven to propose short-sighted and potentially damaging measures, which are all too characteristic of the political motivations existing in a period preceding an election. The industry has been faced with an onslaught of such measures regarding personnel, pilot qualifications, and vessel navigation equipment requirements. These bills would essentially breach OPA 90 requirements for the completion of Congressionally mandated studies and, consequently, AWO opposes their passage and upholds the law's commitment to a comprehensive review of the issues.

Despite the onerous oil spill liability provisions in OPA 90, the lack of federal preemption of state oil pollution laws encouraged many individual states to develop statutorily strict environmental protection measures t h a t surpass federal regulations in areas such as unlimited natural resource damages, civil and criminal penalties, and financial responsibility. Marine transportation of petroleum products and chemicals was temporarily interrupted in 1991 in Florida waters as a result of state legislation prohibiting the acceptance of federal certificates of financial responsibility, until the industry was successful in getting the provision repealed to allow the federal certificate as acceptable evidence.

There are several other environmental challenges across the country.

Users of the Columbia-Snake River system, and the economy of the Pacific Northwest, are threatened by the destination of Sockeye salmon as an endangered species and related proposals to lower reservoir levels. Environmental groups elsewhere push for legislation to require state permitting programs that would limit hazardous cargo transportation and threaten the operation of single hull vessels on the Upper Mississippi. The Environmental Protection Agency has embarked on regulations mandated by the 1990 Clean Air Act amendments requiring the reduction of VOC emissions from tank vessel loadings and unloadings, raising questions about the scope of the rule's implementation and the relationship between federal and state enforcement authority. And, while Congress continued the controversial debate on wetlands regulation, the industry pushed for a balance between preservation and economic activity.

These legislative and regulatory initiatives produce unprecedented challenges for the association. As the government relentlessly attempts to increase its regulatory impact on the barge and towing industry, AWO has developed a contemporary approach to advocacy which will ensure the added visibility and access necessary to assure continued viable and safe marine transportation. 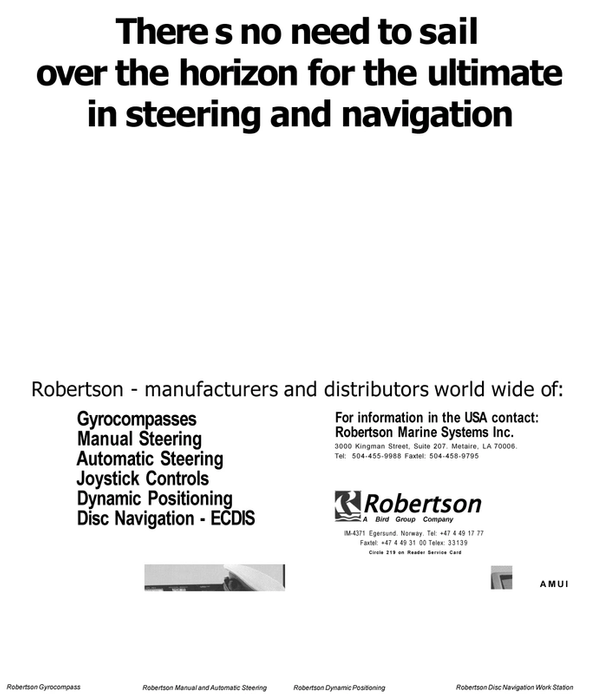