The mission of these boats calls for a load of equipment that is rare aboard small craft. There will be sophisticated sonar, the "area point search system" (APSS), a "remotely operated vehicle" (ROV) and Mark 16 "underwater breathing apparatus" (UBA). The Mark 16 is a helium- oxygen system designed for low acoustic radiation and minimum magnetic influence, an indication of the kind of work that is planned.

In general, a suspected explosive object will be located by the towedarray APSS, then pinpointed and identified by the ROV. EOD divers will then either detonate it in place or neutralize it, after which it may be safely recovered.

These unusual craft are being constructed by Oregon Iron Works which usually builds large shore side metal structures. Their staff developed tooling and methods based on general metal fabrication practice combined with rigorous quality control measures. 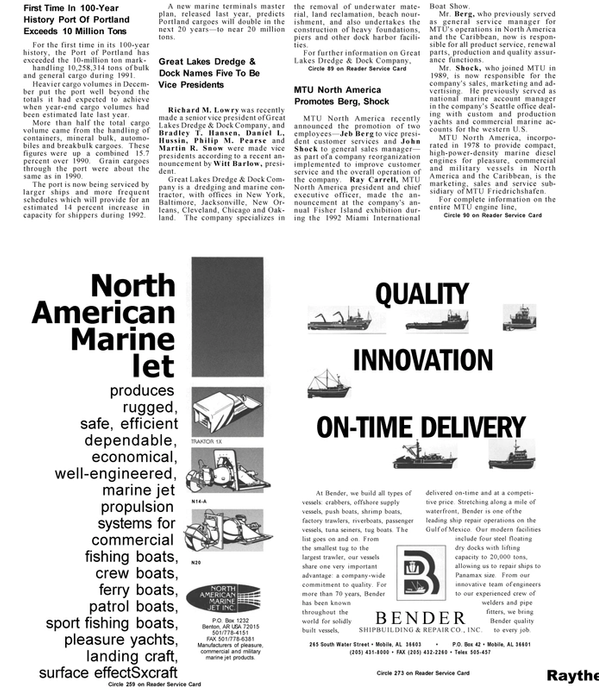