A Committee of civilian experts, formed to assist the Coast Guard in developing regulations governing oil spill response plans for tank vessels, recently set the dates for future meetings over the next few months.

Mandated by the Oil Pollution Act of 1990, the committee, known as the Oil Spill Response Plan Negotiated Rulemaking Advisory Committee, will work on regulations requiring t a nk vessels to develop plans on how they would respond to oil spills. Other regulations would specify what oil spill response equipment must be carried by each vessel.

The committee, made up of representatives from state and federal governments, oil and transportation industries and environmental and citizens groups, held its first session in January and organized into five working groups.

The committee plans to meet for four days every two weeks in Washington, D.C. The working groups will meet separately the first two days and the full committee will meet the last two days. 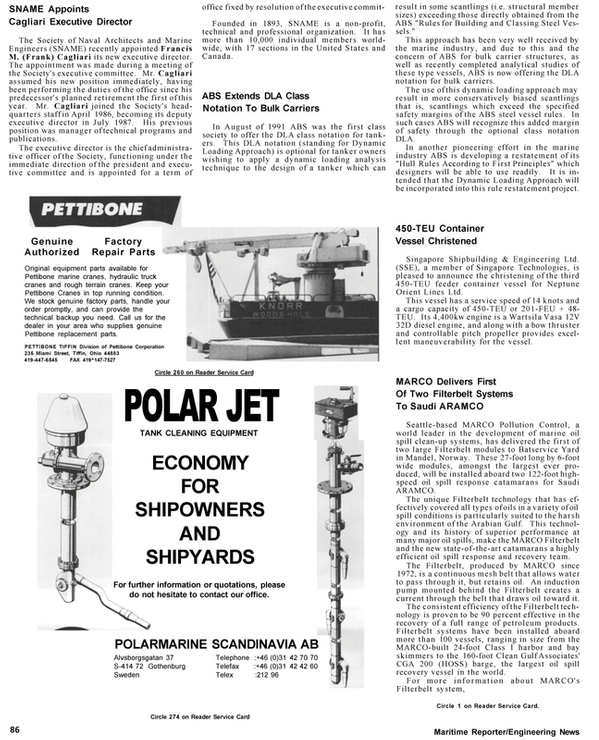