The announcement was made by Peter A. Baci, vice president, Caribbean Services. Mr. Baci stated that the service would operate on a fixed-day schedule for vessel arrivals and departures with sailings every Thursday from Jacksonville and every Friday from Port Everglades.

Crowley is offering an express transit time from Port Everglades/ Miami to Curacao of three days.

The new service is being provided with two 328-TEWcapacity 16.5 knot containerships, the M/V Santa Marta and M/V Cartagena, which Crowley has deployed for several years in an express service between Florida and South America 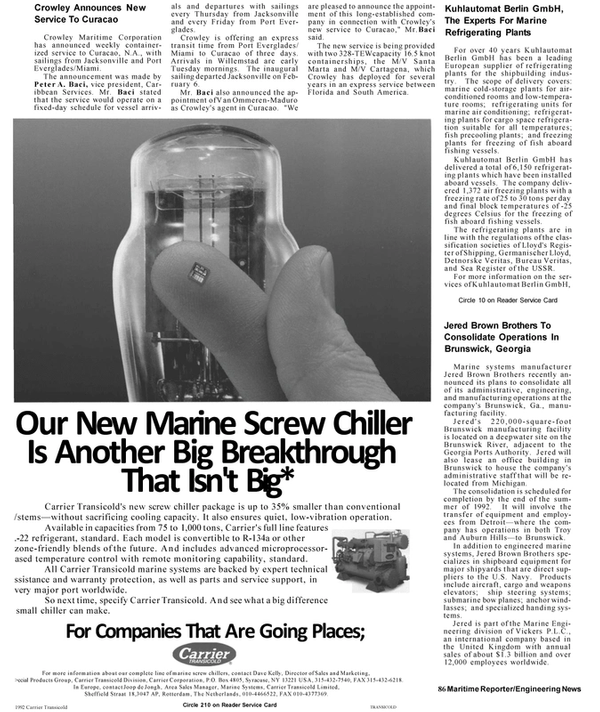