The international requirements for double hulls on new and existing tankers were expected to be finalized by the International Maritime Organization at its spring meeting of the Marine Environment Protection Committee (MEPC) 32, held earlier this month in London.

Furthermore, IMO double hull and mid-deck proposals are being studied by member governments for any amendments.

One date to keep in mind is July 6,1993, which was recommended by the IMO Working Party as the effective date for which contracts for new tankers must be double hull, middeck or the environmental equivalent.

A keel-laying date of 6 months later and delivery date of 3 years later will be recommended to MEPC.

The working party was unable to agree, however, on the lower effective limit, either 600 or 3,000 deadweight tons. 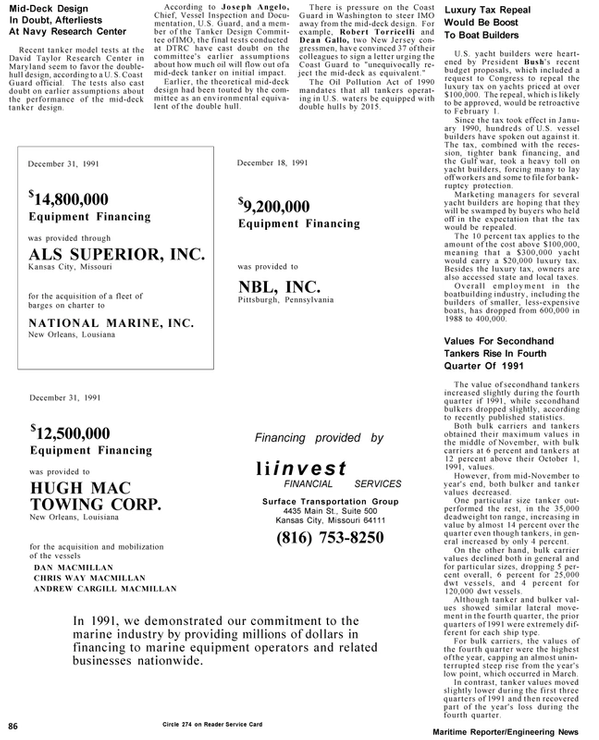