Peck & Hale outfitted new ships as well as helping to extend the lives of older class ships, such as aircraft carriers, frigates and amphibious ships.

Throughout the company's history, more than 8,500 commercial and naval vessels around the world have been outfitted with Peck & Hale equipment. The primary equipment supplied included vehicle tiedowns and lashings, ammunition shoring nets, aircraft securing fittings and safety nets.

During the confrontation in the Persian Gulf Peck & Hale was asked to respond to the special requirements of the confrontation and outfitted many ships in a matter of days. Peck & Hale was also asked to supply equipment that was desperately needed for three ships which were to be deployed to the Mid-East. The company's expedient response to this emergency has resulted in the presentation of the Desert Storm appreciation plaque. 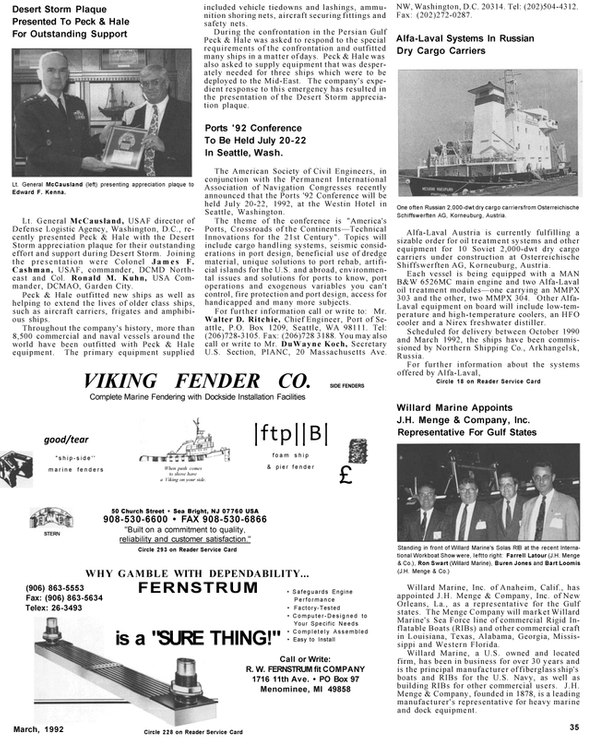