Showing a sharp increase over the 600,000-dwt average in the previous three years, China State Shipbuilding Corp. reported that it produced 800,000-dwt of ships last year.

Last year, export orders were worth $528 million, the company said. The state-owned Chinese shipbuilder had forecast earnings of $300 million from exports in 1991, up from $100 million the year before.

The company said total foreign and domestic orders in 1991 amounted to 1.65 million dwt, about evenly split between the first and second halves of the year.

Through the "development period" (the year 2000), yards will improve manufacturing and repair capacity, produce more raw materials and equipment domestically, and improve research and design. 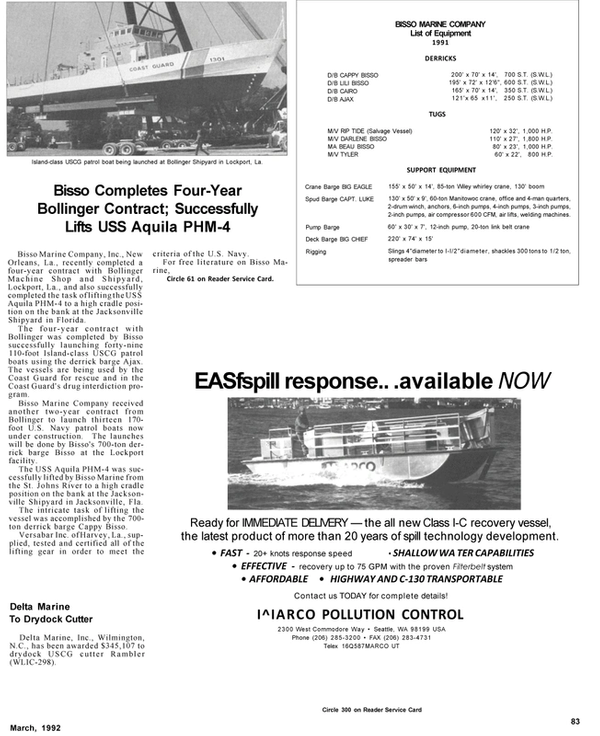