Marioff has clearly demonstrated the superior fire protection capability of their Hi-Fog system in direct comparison tests in a simulated ship's cabin/corridor and public space. These tests were carried out over a period of three weeks at SP, the Swedish National Testing Institute.

During the test program representatives from the Scandinavian and UK Marine Authorities, together with surveyors from classification societies were invited to witness some of the 50 tests in which over 100 mattresses were destroyed.

For the cabin tests piping was arranged so that both the cabin and corridor heads would release together automatically if the glass release bulb in either was broken by the heat. This ensured that all the air being drawn into the room was completely saturated with water droplets. It also had the added advantage of the fog blowing the smoke back into the cabin and contributing to a smoke level in the corridor of only 10 percent compared with the conventional sprinkler.

The final test included typical "arsonist fires," and a flashover fire where the temperature in the cabin reached 900 degrees Celsius, yet was reduced to 50 degrees Celsius in less than three minutes.

Public space tests were also carried out under a 32.8-foot by 32.8- foot ceiling fitted with Hi-Fog heads and a conventional sprinkler. Several fires were suppressed and controlled at one and two deck ceiling heights.

For further information and to view a 23-minute video from Marioff, Circle 118 on Reader Service Card 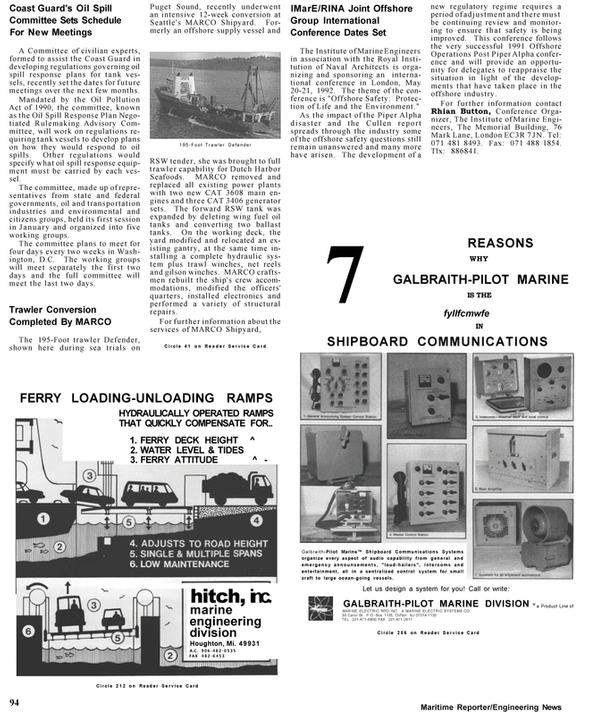