A new fuel saving system designed by Vicmar Engineering Ltd. was recently installed and tested on the starboard main engine of the M/V Seaspan "Greg", a roll-on/roll-off rail and trailer ship powered by two D399 Caterpillar engines. The main engine was monitored for a period of about a month-and-a-half, prior to installing the system, in order to establish data for comparison. The turbo chargers, after coolers and air gallery were dismantled, examined and photographed at both the beginning and the end of the monitoring period.

The fuel saving system consists of an Engine New Washing System and Turbo-Nozzle Ring Modification and, when used as a combination, is capable of saving up to 6 to 8 percent of engine fuel consumption.

Upon completion of the test, according to the chief engineer of the Seaspan "Greg", Vicmar Engineering Ltd., and Microfuel Computer, a visual inspection showed a remarkable difference, with components appearing to be in an almost-likenew condition after washing. 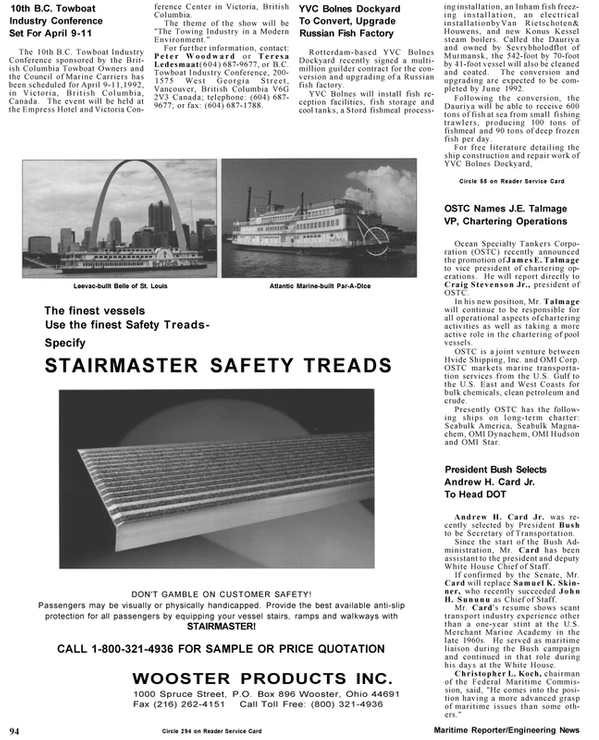