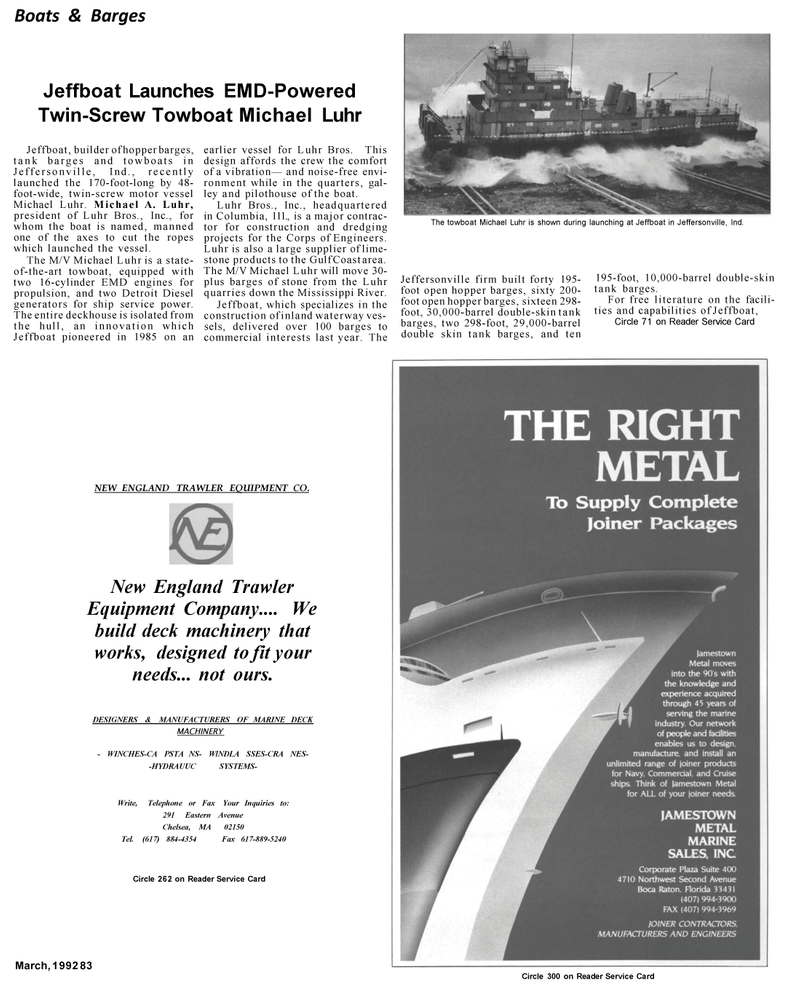 Jeffboat, builder of hopper barges, tank barges and towboats in

Michael Luhr. Michael A. Luhr, president of Luhr Bros., Inc., for whom the boat is named, manned one of the axes to cut the ropes which launched the vessel.

The entire deckhouse is isolated from the hull, an innovation which

Jeffboat pioneered in 1985 on an earlier vessel for Luhr Bros. This design affords the crew the comfort of a vibration— and noise-free envi- ronment while in the quarters, gal- ley and pilothouse of the boat.

Luhr Bros., Inc., headquartered in Columbia, 111., is a major contrac- tor for construction and dredging projects for the Corps of Engineers.

Luhr is also a large supplier of lime- stone products to the Gulf Coast area.

The M/V Michael Luhr will move 30- plus barges of stone from the Luhr quarries down the Mississippi River.

Jeffboat, which specializes in the construction of inland waterway ves- sels, delivered over 100 barges to commercial interests last year. The

The towboat Michael Luhr is shown during launching at Jeffboat in Jeffersonville, Ind.

For free literature on the facili- ties and capabilities of Jeffboat,

Equipment Company.... We build deck machinery that works, designed to fit your needs... not ours.

Write, Telephone or Fax Your Inquiries to: 291 Eastern Avenue