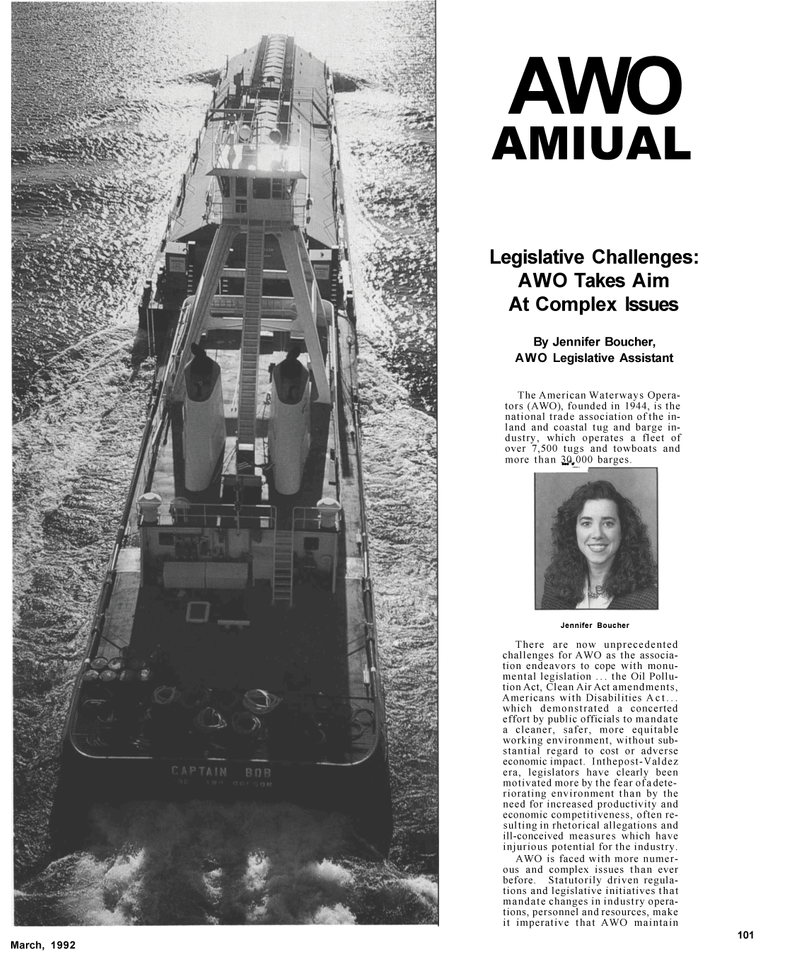 Americans with Disabilities Act... which demonstrated a concerted effort by public officials to mandate a cleaner, safer, more equitable working environment, without sub- stantial regard to cost or adverse economic impact. Inthepost-Valdez era, legislators have clearly been motivated more by the fear of a dete- riorating environment than by the need for increased productivity and economic competitiveness, often re- sulting in rhetorical allegations and ill-conceived measures which have injurious potential for the industry.

AWO is faced with more numer- ous and complex issues than ever before. Statutorily driven regula- tions and legislative initiatives that mandate changes in industry opera- tions, personnel and resources, make it imperative that AWO maintain

The American Waterways Opera- tors (AWO), founded in 1944, is the national trade association of the in- land and coastal tug and barge in- dustry, which operates a fleet of over 7,500 tugs and towboats and more than 30,000 barges. •••"•