The U.S. Navy has announced the award of a $9 million contract to MarineSafety International (MSI) for shiphandling training services through 1996.

The training is a continuation and expansion of services performed since 1987 at the MSI Newport, Rhode Island facility. The shiphandling training facility uses four large computer-graphic simulators which can be configured as any of 18 different classes of Navy ships ranging from an 800-ton mine warfare ship to an 80,000-ton aircraft carrier. The effects of various propulsion systems, mooring lines, anchors and docking tugs are all programmed into the simulator, as are the hydrodynamic effects encountered in restricted and shallow water.

The training is done in a variety of programmed generic challenges of wind, current, reduced visibility and ship traffic which could be encountered.

Most of the training is provided for prospective commanding and executive officers and heads of department attending courses at the Surface Warfare Officer's School in Newport, enroute to their next ship assignments.

MSI also operates the National Maritime Research Center (NMRC), located on the grounds of the U.S.

Merchant Marine Academy at Kings Point, NY. Also known as CAORF (Computer Aided Operations Research Facility), this location contains one of the world's most sophisticated simulators and is used for maritime research and training.

MSI recently announced a joint agreement with the Port of Rotterdam to open a new $8 million maritime simulation facility at the port early next year to serve the European maritime community. 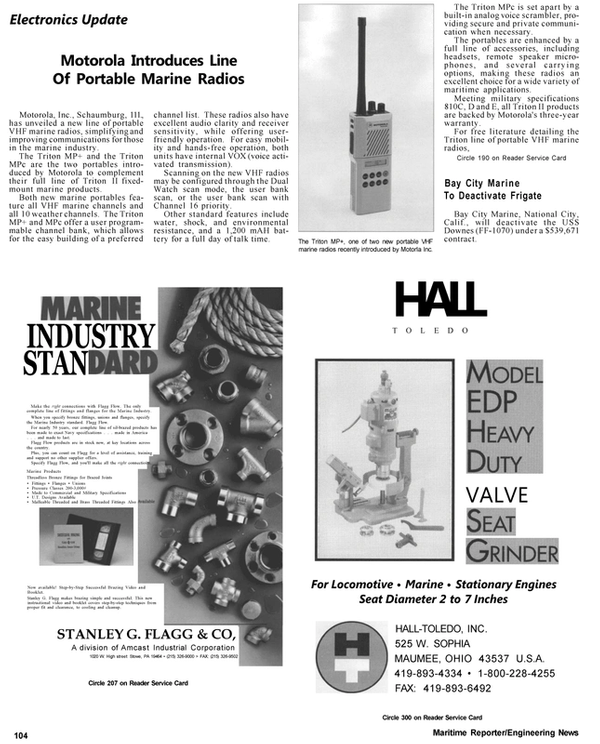