Brown Brothers, the Vickers Marine company based in Edinburgh, has developed a new stabilizer system which combines the latest developments in hydromechanics with state-of-the-art electronic control technology.

According to Brown Brothers, the new stabilizer system is simpler in design and construction, as well as more compact than its predecessors.

The first order for the system has already been won—from U.K.-based Richards Shipbuilders-to supply the stabilizers for the new vessel recently ordered by Scottish ferry operator Caledonian MacBrayne Ltd.

Part of Vickers PLC, Brown Brothers is an international company based in the U.K. with annual sales of about $1.1 billion and 12,000 employees worldwide. 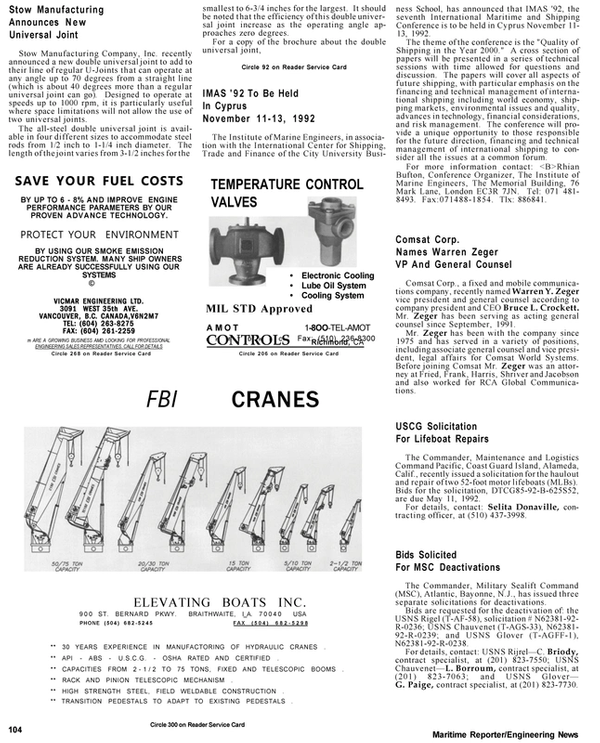