"The trials were an outstanding success, with the Diamond's performance beating even our expectations," said Christian Aspegren, president, Diamond Cruise, Inc., Helsinki, Finland, owner of the vessel.

"During the trials, we were very much aware of the almost lack of movement on-board, even when the seas became rougher than normal.

The pitching, rolling, and heaving usually found on monohull craft was not in evidence," he stated.

Set for a May 7 christening, the SSC Diamond Radisson is based on the Small Waterplane Area Twin Hull (SWATH) design, which, as its name implies, offers a relatively small waterplane area compared with conventional monohulls. The SWATH design provides the vessel with excellent, controlled movements even in tough seafaring conditions.

In addition, since the propulsion machinery is located in the twin-hulls and the superstructure is well above the waterline, the design also minimizes noise and vibration levels in the accommodation and public areas. The SWATH concept allows for large open deck areas and spacious public spaces.

She is designed for corporate conference cruises and management level bonus and incentive travel.

After initially operating in the Mediterranean during the summer of 1992, the Diamond Radisson will serve the Caribbean market out of her homeport of San Juan, Puerto Rico. 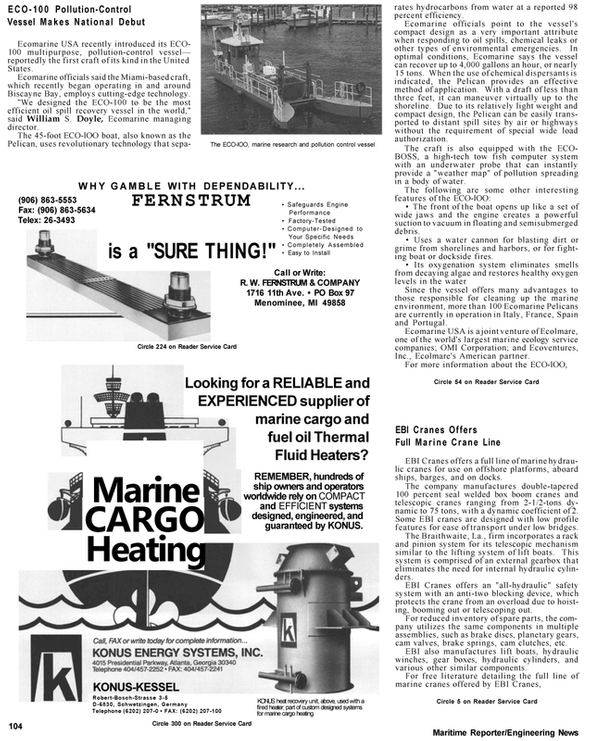