SCS Communications Services, based in New Orleans, has been organized to provide the Gulf Coast maritime industry with public relations, communications, marketing and advertising services.

Albert W. Spindler, a veteran of more than a quarter century in the aerospace, maritime, offshore drilling and oil and gas industries, is president of SCS Communications.

He heads a group of graphic designers, commercial photographers and writers who have been specializing in Gulf of Mexico offshore activities for years.

He is a member of the Public Relations Society of America, the Press Club of New Orleans and served on the Media Committees of the National Ocean Industries Assn. 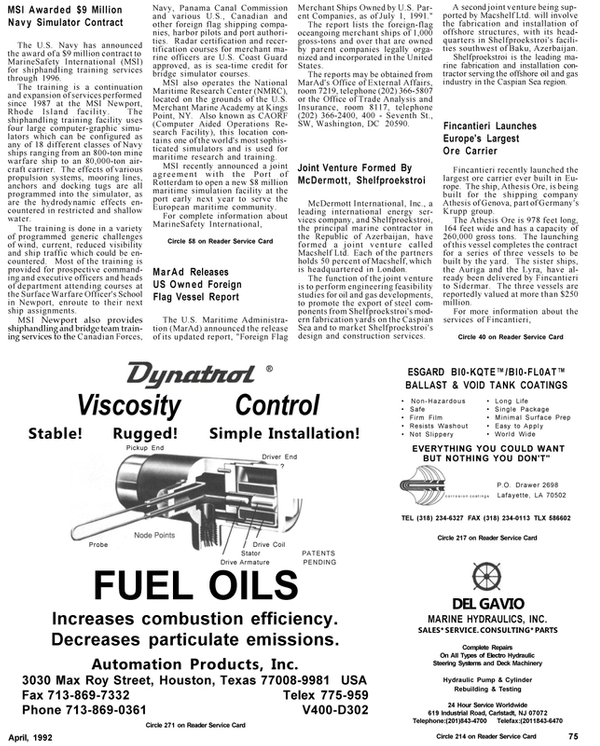