The U.S. Coast Guard has issued the first final rule under the Oil Pollution Act of 1990, the omnibus antipollution legislation that resulted from the 1989 Valdez oil spill.

Currently, there are more than 30 vessels partly owned by foreign suppliers of oil to the U.S. market that could be made available for cleaning up oil spilled in U.S. waters.

Prior to this rulemaking, only vessels with 100 percent U.S. ownership were permitted to engage in coastwise activities of any kind. The change, however, only affects activity related to oil spill cleanup.

The rule includes procedures these vessel owners must follow to obtain the limited endorsement necessary to operate in U.S. waters. 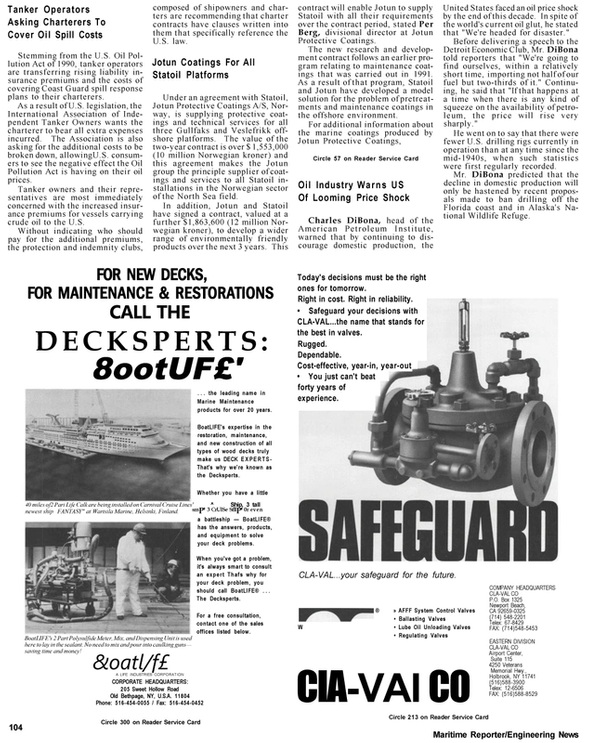