The 210-foot vessel, christened the Gulf Responder, is the first of four contracted with Bender Shipbuilding by Washington,D.C.-based Marine Spill Response Corporation (MSRC). MSRC was formed in August 1990 to provide owners and operators of oil tankers and facilities such as onshore terminals and offshore platforms with the capability to respond to catastrophic spills in U.S. coastal and tidal waters.

"We are proud that Bender is launching the first vessel in MSRC's fleet," said Thomas B. Bender Jr., president of the shipyard. "It has been an honor for our shipyard to be involved in a project of such national significance." John D. Costello, president of the MSRC, commented, "The christening of the Gulf Responder is one more demonstration of the oil industry's commitment to improving oil spill response and environmental protection.

"This ship, and 15 others like her," continued Mr. Costello, "will carry a well-trained crew and excellent equipment. Recovering spilled oil is difficult work, but we recognize the obstacles, and are committed to providing a best effort response.

We will work with existing cooperatives, commercial response organizations, and individual responders.

MSRC widens the safety net that can be drawn out following a major spill." In September 1991, Bender was awarded a contract of about $50 million to build four oil spill recovery vessels for MSRC. In addition to the Gulf Responder, which will be stationed at Lake Charles, La., Bender is building the Texas Responder, the Louisiana Responder, and the Alabama Responder. All four vessels will be completed by February 1993 and be stationed along the Gulf Coast.

The Bender-built vessels will join 12 other oil spill recovery boats contracted with the Trinity Marine Group, headquartered in Gulfport, Miss., to form one of the world's largest oil spill recovery fleets, protecting the shoreline of the continental U.S. and Hawaii. Total cost of constructing the 16 vessels is estimated at $188 million.

She will be equipped with an advanced oil recovery system of skimmers, booms and separators capable of recovering major oil spills both close to shore and in the open ocean.

The vessel will have tanks to hold 4,000 barrels of recovered oil. Once recovered, the oil will be pumped into barges or floating bladders for disposal onshore. Additionally, each vessel will have accommodations for 38, a command and control center for spill-fighting operations, a helicopter pad, and barge towing capability.

Sponsor of the Gulf Responder was Caryl S. Berstein, executive vice president, general counsel and secretary of the Federal National Mortgage Association and a member of MSRC's board of directors.

Bender has incorporated the latest techniques in modular construction in building the four MSRC vessels.

Since beginning the project this past fall, Bender has been assembling hull and superstructure modules for the vessels.

Following the christening ceremony, the Gulf Responder was launched using two floating cranes—the 700-ton derrick barge Cappy Bisso and 600-ton derrick barge Lili Bisso—supplied by Bisso Marine Co., heavylift, salvage and wreck removal specialists from New Orleans, La. The two cranes, positioned on barges in the Mobile River, lifted the 210-foot, 800-ton hull from the riverbank, as tugs backed the barges away from the bank. The cranes then placed the hull into the water. One of the cranes, the Lili Bisso, then moved up the river, lifted the vessel's 200-ton superstructure and then placed it onto the hull.

With these major modules now in place, construction and equipment outfitting will continue through the summer. 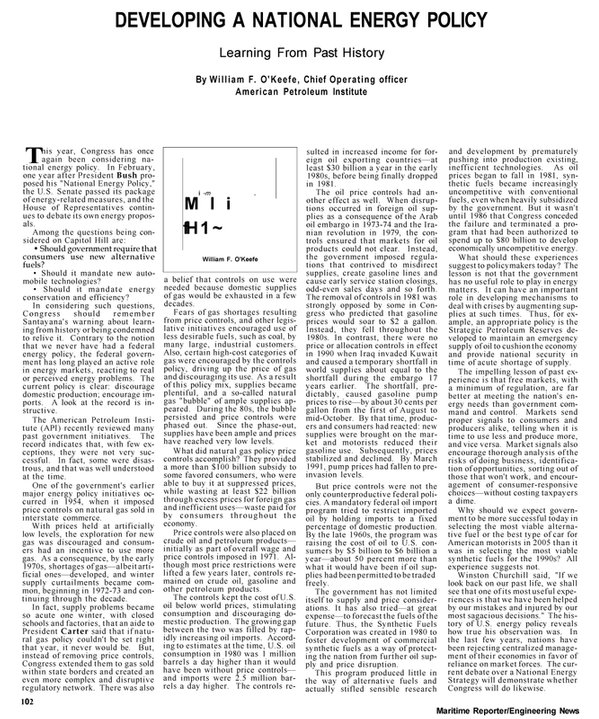