The HMS Vanguard, a Trident ballistic missile submarine, was recently launched for the UK's Royal Navy using the Syncrolift shiplift installed at the Barrow-in-Furness shipyard of Vickers Shipbuilding and Engineering Ltd (VSEL).

The Trident submarines are among the largest in the world and the VSEL facility is one of the most advanced in the world for constructing submarines of this size. The facility is built around a Syncrolift shiplift and transfer system which is used to move large vessels (and parts of vessels) around the shipyard.

The submarines can then be either launched or raised.

The Syncrolift at the Vickers yard is 531.5 feet long, 72.2 feet wide and is capable of lifting a maximum load of 24,300 tons. It is operated by 108 electro-mechanical hoists, rated at 270 tons each. The hoists can lower or lift the platform at a maximum speed of .66 feet per minute.

NEI Syncrolift is a business unit of NEI Clarke Chapman Ltd, which is part of the industrial power group of Rolls-Royce pic. 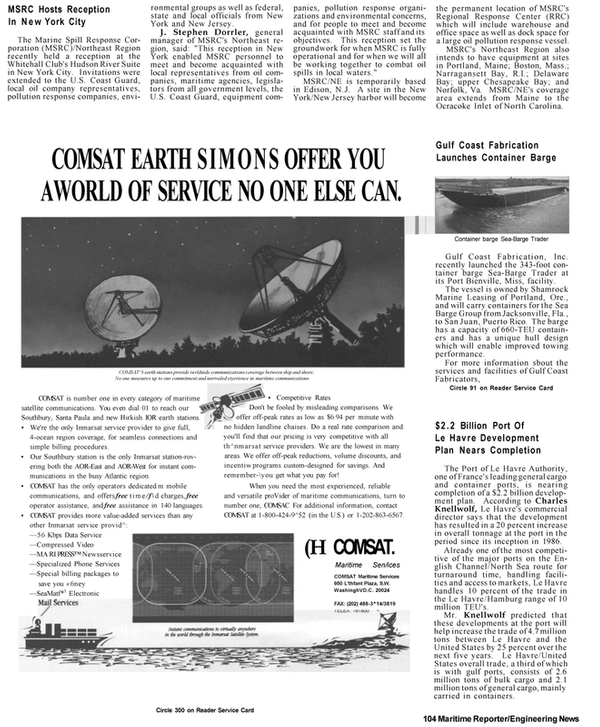