The company also operates its own training centers in Oslo and Manila.

The first training party to embark upon the 26,800-grt LNG/LPG carrier Annabella joined the ship in mid-February in Barcelona, sailing to North Africa and back to the Spanish port. This party consisted of Unitor's product manager, refrigeration services, J an Fr. Holseter and service technicians from Unitor's companies in Singapore, Holland, Greece and the U.S.

This unique Unitor training venture is being undertaken to further enhance the abilities of the company's service technicians.

For additional information regarding Unitor AS. and its training facilities, Circle 102 on Reader Service Card 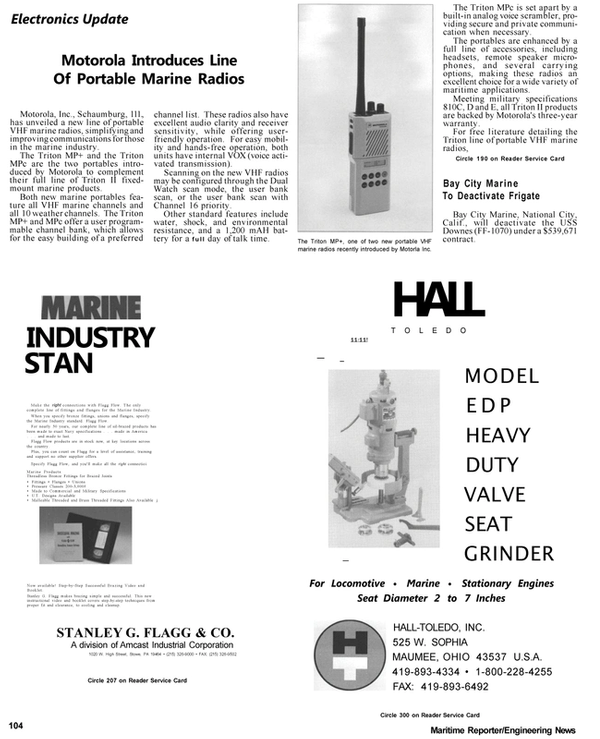