The American Waterways Operators (AWO) recently submitted comments on the Coast Guard's proposal to impose user fees for vessel inspection as mandated by the Omnibus Budget Reconciliation Act of 1990. AWO's comments were developed with considerable member input and focused primarily on the proposed $955 fee for deck barges.

Under the new user fee schedule, operators of inspected vessels which are also classed by the American Bureau of Shipping (ABS) will be forced to pay twice for inspections which are largely duplicative. AWO therefore urged the Coast Guard to expand the scope of its Memorandum of Understanding with ABS to permit the classification society to conduct the dry dock inspections now performed by both ABS and the Coast Guard.

AWO also argued that the proposed fee for deck barges is based on an exaggerated estimate of inspection time. While the Coast Guard assumed approximately 11 hours of inspection time annually, at a perhour rate of $87, data provided by AWO members suggests that three and a half to five hours, depending upon a vessel's size, is more accurate. 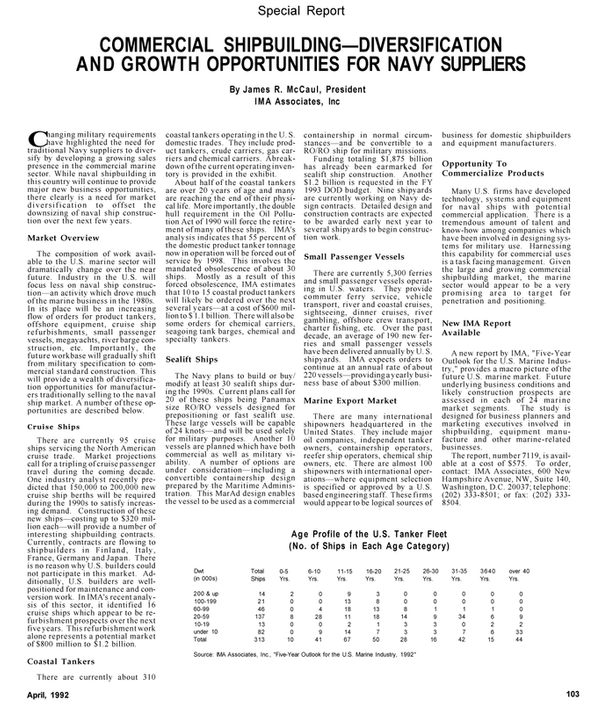