The U.S. Coast Guard recently entered into a Memorandum of Agreement with Det norske Veritas (DnV) to perform tonnage a d m e a s u r e m e n t on the Coast Guard's behalf. With the enactment of this agreement, owners of all U.S.-flag vessels now have an option on which they may approach for admeasurement services.

In conjunction with this agreement, DnV has appointed Phil Essex to coordinate tonnage services throughout North America.

Mr. Essex has previously served as a tonnage admeasurer for the American Bureau of Shipping for 10 years, with a broad background in U.S., Panama and Suez Canal regulations as well as serving as ABS-Americas specialist in the 1969 Tonnage Convention.

DnV, a major international classification society formed in 1864 in Oslo, is a charter member of IACS (International Association of Classification Societies) and currently maintains class on approximately 15 percent of the world fleet totaling over 62 million GRT. 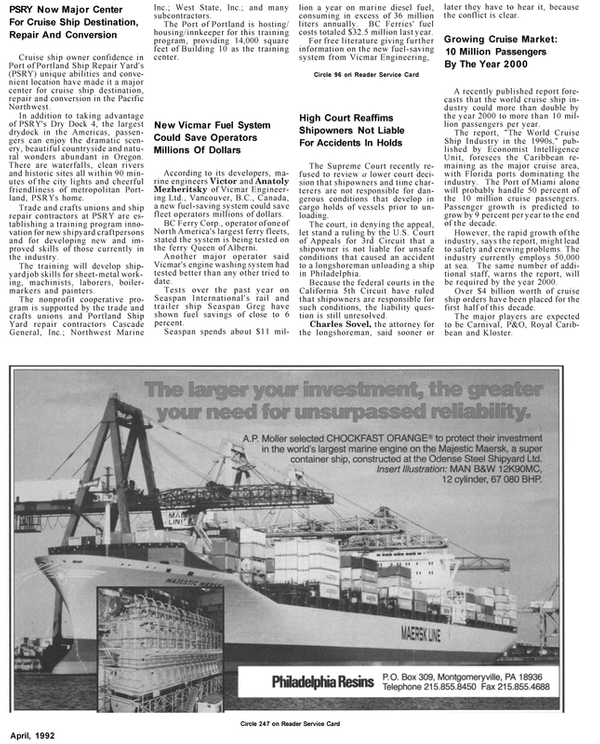