Astilleros Espanoles SA (AESA) recently announced that Jose Carlos Gonzalez-Sama, naval architect and marine engineer, has been appointed general commercial manager of the company and its group of companies.

The nomination of Mr. Gonzalez- Sama was proposed by Juan Saez, chairman of AESA, to the board of directors and confirmed by the shareholder, the state-owned Instituto Nacional de Industria (INI), to take over from Luis Vilches.

As general commercial manager, Mr. Gonzalez-Sama will be in charge of the commercial policy of the company and its group, including sales, marketing, promotion and advertising. Included in the AESA group of companies are Astano, Astander, Barreras and Juliana.

Prior to assuming his new position, Mr. Gonzalez-Sama was the current newbuildings division manager of AESA and its group since 1987.

Mr. Gonzalez-Sama has a long career in the commercial shipbuilding industry. Before joining AESA, he was commercial deputy director and later director of Construnaves, the Spanish association of shipbuilders. 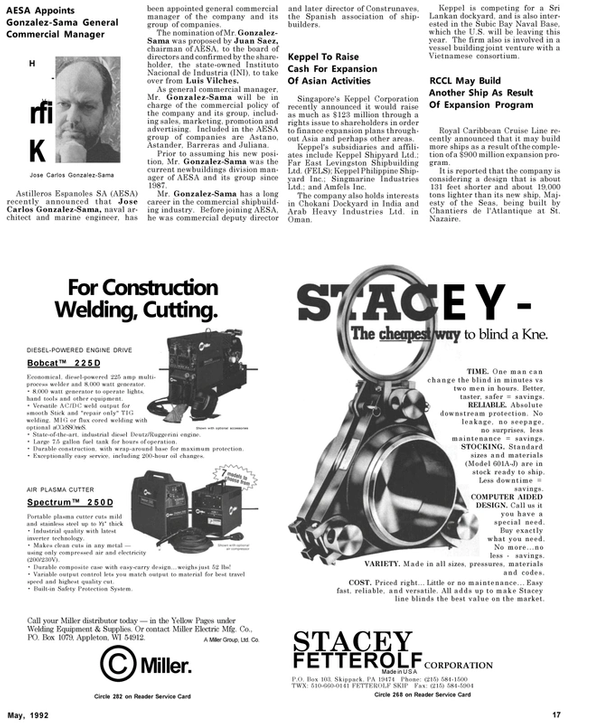