On-Water Exhibition Set For June 23-25, 1992 Designed specifically for the small commercial craft industry, the 3rd European Workboat Show, which has developed into one of the largest exhibitions of its kind in Europe, has been scheduled for June 23-25, 1992, in the Port Solent development in Portsmouth, the United Kingdom.

The organizers of the show, National Boat Shows Ltd., have targeted a wide range of leading workboat and associated equipment companies to insure that the event becomes firmly established as the European showcase for this important industry sector.

Held in Port Solent in southeast England since its inception in 1990, the European Workboat Show is an "on-water" exhibition, enabling commercial craft to be demonstrated.

This year, the organizers are anticipating about 200 exhibitors for the show, with about 80 boats afloat, which would make the exhibition one of the largest of its kind in Europe.

As of press time, firm commitments from 167 exhibitors and 50 vessels had been received.

Engines, deck and cabin equipment, electronics materials, radar, safety equipment and steering systems are just a few examples of the range of equipment that will also be on display.

During the 1991 show, the exhibition attracted over 5,000 trade visitors from 39 countries.

David Hough, managing director of National Boat Shows Ltd., said: "We are very encouraged by the industry's response to this the 3rd European Workboat Show. Even at this early stage, there are clear indications that the event is well on the way to further expansion and even stronger European presence in 1992. Given that we are all working towards a single European market, this can mean nothing but good." Boat manufacturers Avon, Taskforce Boats, FBM Workboats, and Port Isaac Workboats will be among the exhibitors. Additionally, boatbuilder Damen Shipyards, making its debut at the show, plans to display its fisheries patrol vessel, along with a selection of tugs, launches and related workboats.

The 21.9-meter (about 72 feet) Damen Stan Patrol vessel is the largest boat to date on exhibit.

Taskforce Boats also will display a new high-speed patrol version of its Trihedral Workboat, the model TF650, with an inboard and diesel engine together with a unique Taskforce air collar system.

Caterpillar Overseas, for example, plans to launch three new marine engines—a 6.6 L model with a stern drive unit; a 10.4 L model with a Vee-drive transmission; and an 18 L model.

Robertson Autopilots, Autohelm, and SP Radio will be part of the navigation and communications contingent at the show. 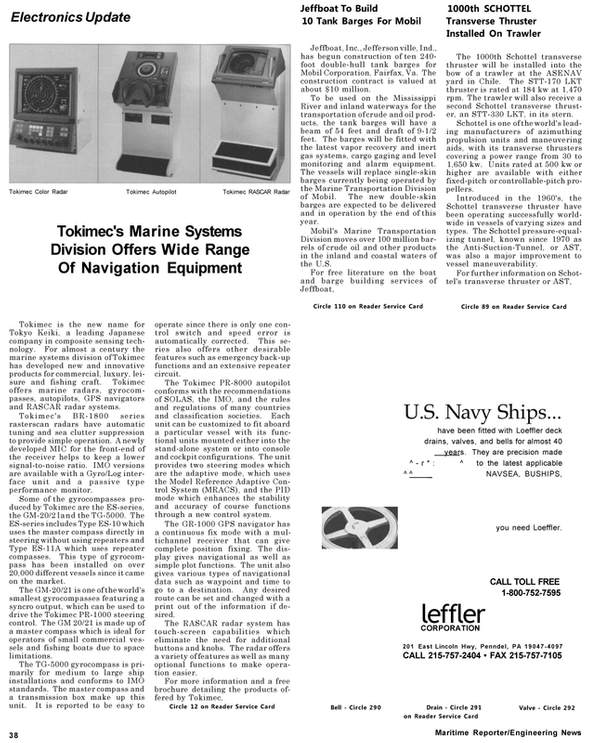