Mr. Busey said that one major reform being considered is the elimination of the 3-year waiting period that vessels built overseas for U.S.

steamship companies must undergo before being eligible to carry government cargoes.

While stating that "U.S. carriers are strangled by archaic regulations," the former Navy admiral did guarantee White House support for the Jones Act, the 1920 law that protects domestic commercial shipping.

Many free-market advocates refer to the Jones Act as outdated protectionism.

Besides saying that a new U.S.

maritime policy will be formulated by a group of military and civilian officials, Mr. Busey would not offer any additional details.

American President Lines and Sea-Land Service Inc., the two largest U.S. container shippers, have already made it clear that they will withdraw their fleets from the U.S.

flag registry unless there is a new federal maritime policy.

Noting how the Bush Administration's policy promise coincides with an election year, industry labor leaders are anxious to protect their membership's jobs and will support the presidential candidate with the best maritime policy. Michael Sacco, president of the Seafarer's International Union, said "I am not going to endorse anybody until I hear him talk about maritime." 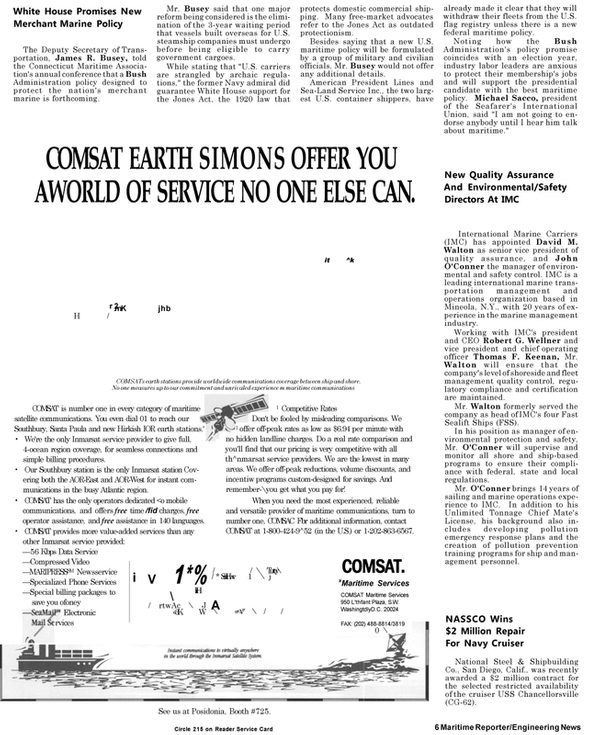