AT&T and Teleglobe of Canada recently announced the launching of a $75 million cable ship, the Global Mariner, which is jointly owned by the two companies through a limited parternship between their respective subsidiary companies, Teleglobe Marine, Inc., and Transoceanic Cable Ship Co.

The ship's interior is being fitted out at the Far East Levingston (FELS) shipyard in Singapore, with sea trials scheduled for this fall.

With the addition of the new cable ship, AT&T now operates five cable Circle 261 on Reader Service Card ships for the AT&T/Teleglobe partnerships.

Two of the vessels, the C.S. Global Sentinel and the C.S. 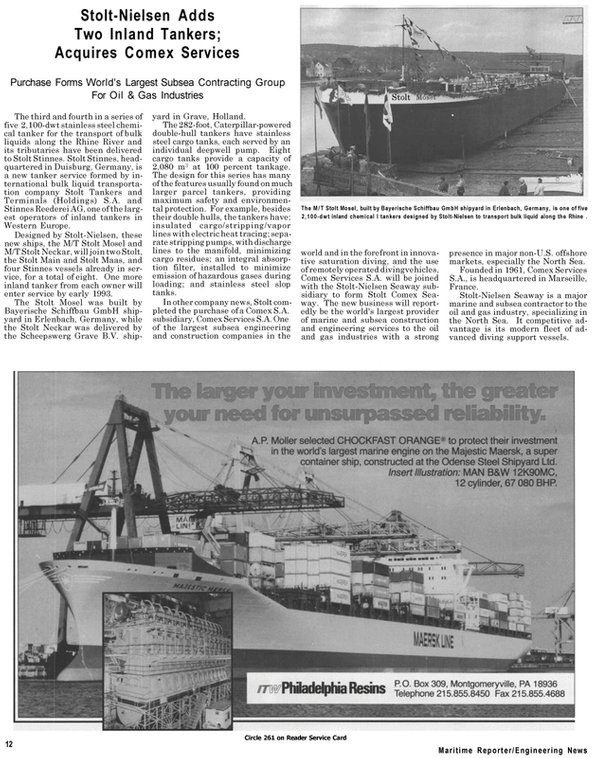