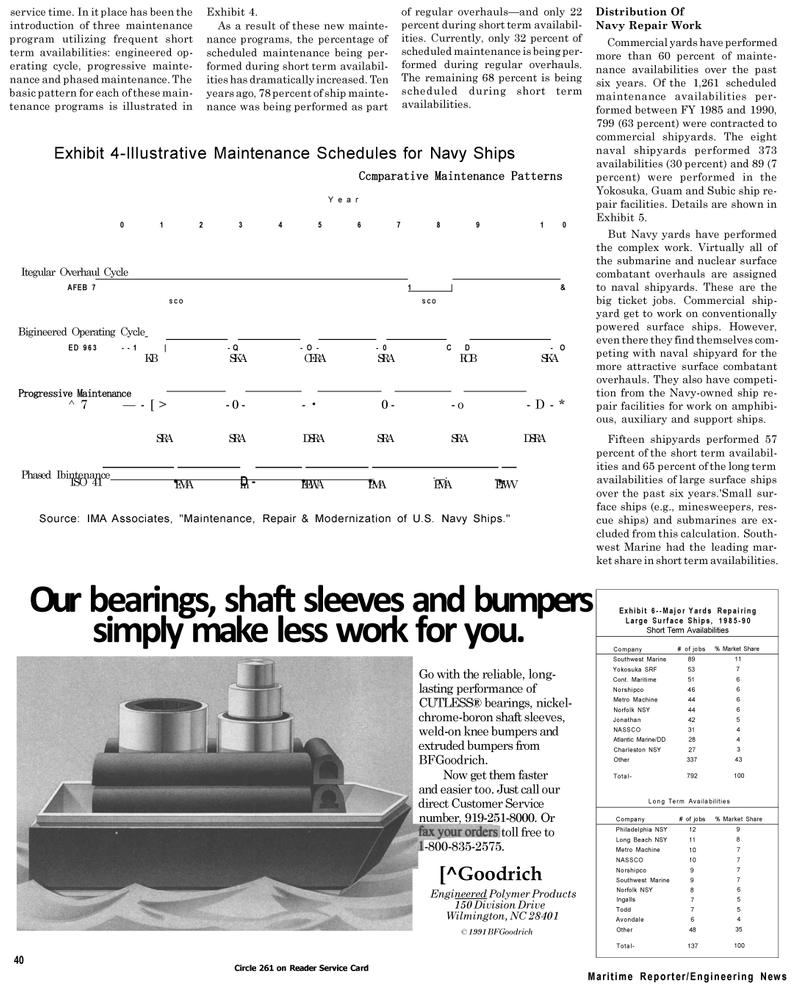 service time. In it place has been the introduction of three maintenance program utilizing frequent short term availabilities: engineered op- erating cycle, progressive mainte- nance and phased maintenance. The basic pattern for each of these main- tenance programs is illustrated in

As a result of these new mainte- nance programs, the percentage of scheduled maintenance being per- formed during short term availabil- ities has dramatically increased. Ten years ago, 78 percent of ship mainte- nance was being performed as part of regular overhauls—and only 22 percent during short term availabil- ities. Currently, only 32 percent of scheduled maintenance is being per- formed during regular overhauls.

The remaining 68 percent is being scheduled during short term availabilities.

Yokosuka, Guam and Subic ship re- pair facilities. Details are shown in

But Navy yards have performed the complex work. Virtually all of the submarine and nuclear surface combatant overhauls are assigned to naval shipyards. These are the big ticket jobs. Commercial ship- yard get to work on conventionally powered surface ships. However, even there they find themselves com- peting with naval shipyard for the more attractive surface combatant overhauls. They also have competi- tion from the Navy-owned ship re- pair facilities for work on amphibi- ous, auxiliary and support ships.

Our bearings, shaft sleeves and bumpers simply make less work for you.

Go with the reliable, long- lasting performance of