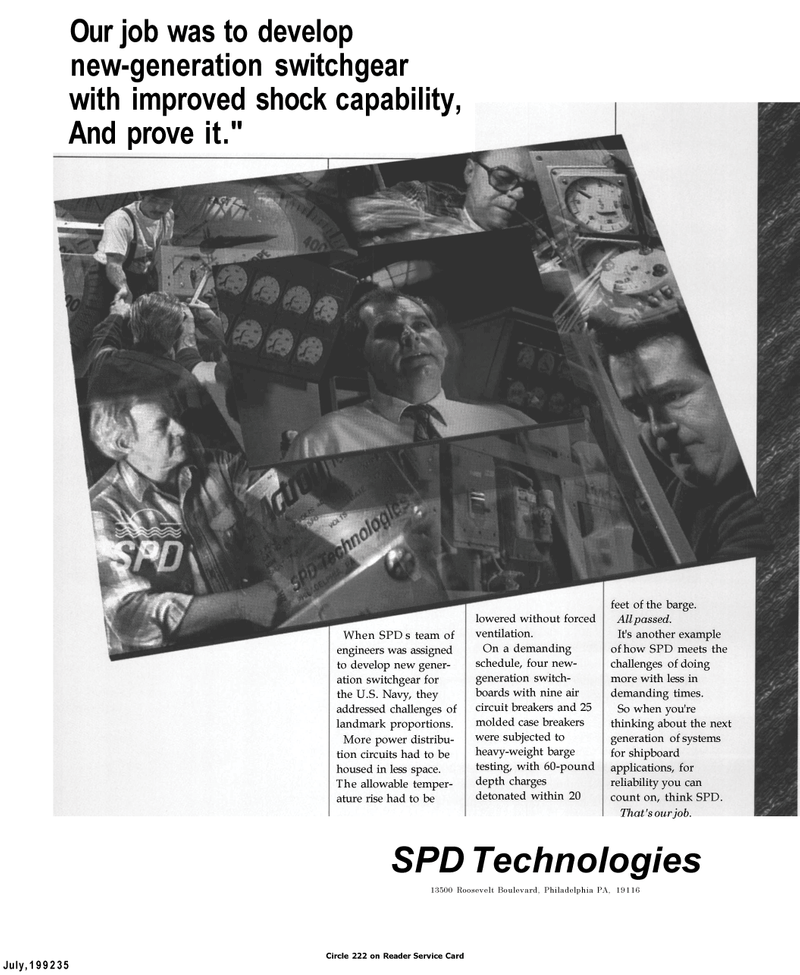 When SPD s team of engineers was assigned to develop new gener- ation switchgear for the U.S. Navy, they addressed challenges of landmark proportions.

More power distribu- tion circuits had to be housed in less space.

The allowable temper- ature rise had to be lowered without forced ventilation.

Our job was to develop new-generation switchgear with improved shock capability,

And prove it." feet of the barge.

It's another example of how SPD meets the challenges of doing more with less in demanding times.

So when you're thinking about the next generation of systems for shipboard applications, for reliability you can count on, think SPD.