Sharp is the best way to describe Northwind Marine's recent 2 3 - ft. (7-m) and 30-ft. (9.1-m) additions to its Extreme Task Force Line of Aluminumhull Rigid Inflatable Boats. With a 25.5- degree transom dead rise and a 36- degree waterline entry point, the first of the new models to finish production at the Seattle Wash, facility is the 23-ft Extreme. According to Bruce Reagan, president of Northwind Marine Inc., the company has received many requests for a boat of this size with a very sharp deep-V hull. The latest 23-ft Extreme to be put in service is with the Alaskan State Troopers. Outfitted with a T-top. 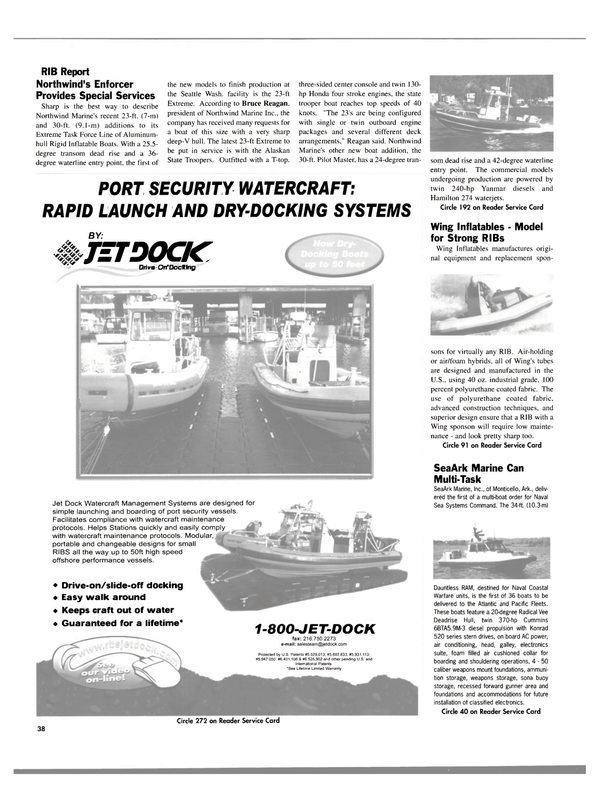