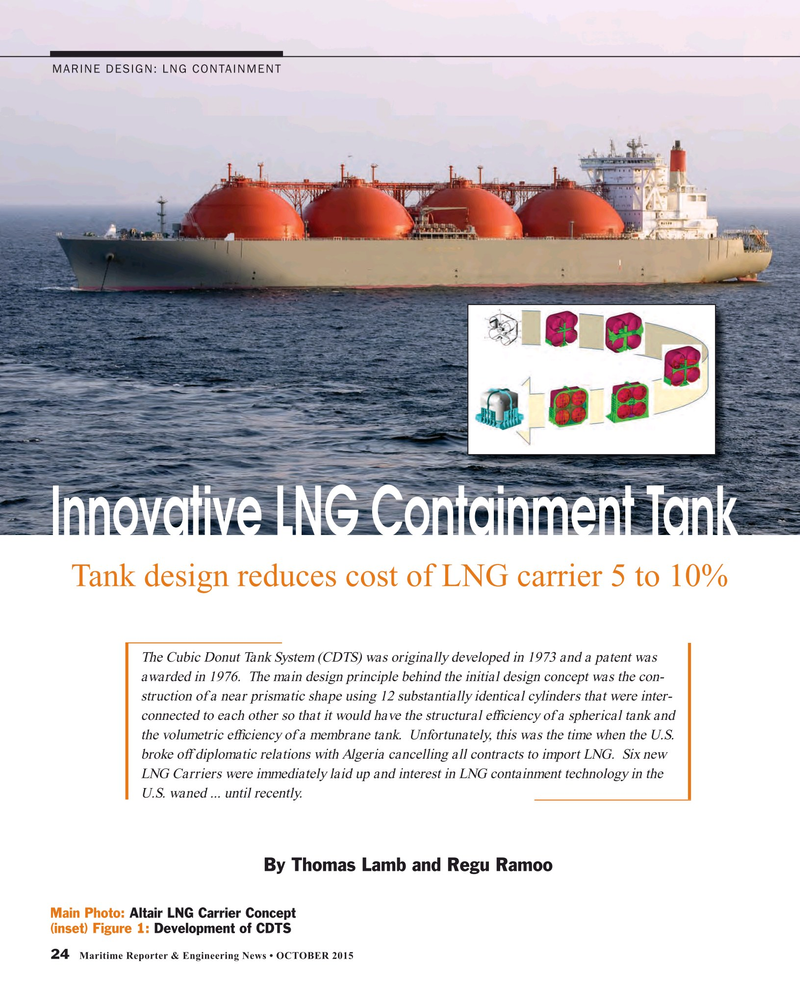 The Cubic Donut Tank System (CDTS) was originally developed in 1973 and a patent was awarded in 1976. The main design principle behind the initial design concept was the con- struction of a near prismatic shape using 12 substantially identical cylinders that were inter- connected to each other so that it would have the structural ef? ciency of a spherical tank and the volumetric ef? ciency of a membrane tank. Unfortunately, this was the time when the U.S. broke off diplomatic relations with Algeria cancelling all contracts to import LNG. Six new

By Thomas Lamb and Regu Ramoo